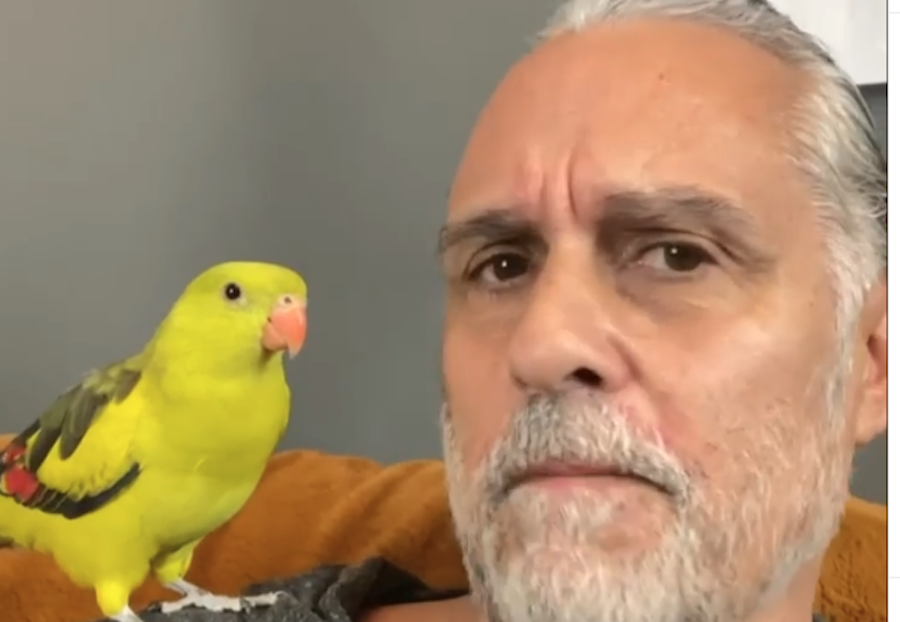 General Hospital spoilers say that someone – and we really do means this – needs to convince the producers on the show that Brenda needs to come back! In fact, her portrayer, Vanessa Marcil, couldn’t help but get flirty on Instagram with her former co-star Maurice Benard (Sonny Corinthos) and let us tell you, General Hospital fans are loving it! Here’s what you need to know.

In the clip, Maurice seems to be having a conversation with his friend’s pet bird Bucky. Apparently, they wanted to have a talk about mental health. He captioned it with, “I thought that Bucky wanted to be on @mbstateofmind looks like he just wanted to chill.”

Of course, it didn’t take very long for Vanessa to comment on Maurice’s post. She said, “I mean…….. I’m personally offended that you’ve gotten this hot during my absence. Was it me?????!” Maurice quickly responded with, “it’s like that wine you find in your garage you remember how good it was you haven’t had it in about 20 years when you open it it’s so much better than it was.”

Ha! We love it. The chemistry between Maurice and Vanessa has always been off the charts, both on screen and off screen. We can tell that these two just want to work together again, too!

While fans sure do have their favorite daytime television couples, there’s no denying that Brenda and Sonny are an iconic pair that viewers will never forget. After Vanessa’s six year run on the show, Brenda was believed to have died after her mentally ill mother drove their car off a cliff. But did Brenda really die and is she really gone for good? That’s what viewers have been asking themselves for quite some time now. Watch this space as it’s without a doubt that a lot of people would love to see Brenda back in action! After all, no one is really dead in this fictional town of Port Charles even when they are dead, right? Here’s hoping that at least the General Hospital fans can make it happen!

General Hospital Pausing Production Due To Rise In Omicron Cases

General Hospital News: Ingo Rademacher Is Starting A New Chapter In His Life

The Bold and the Beautiful Spoilers: Katie Logan Has No…