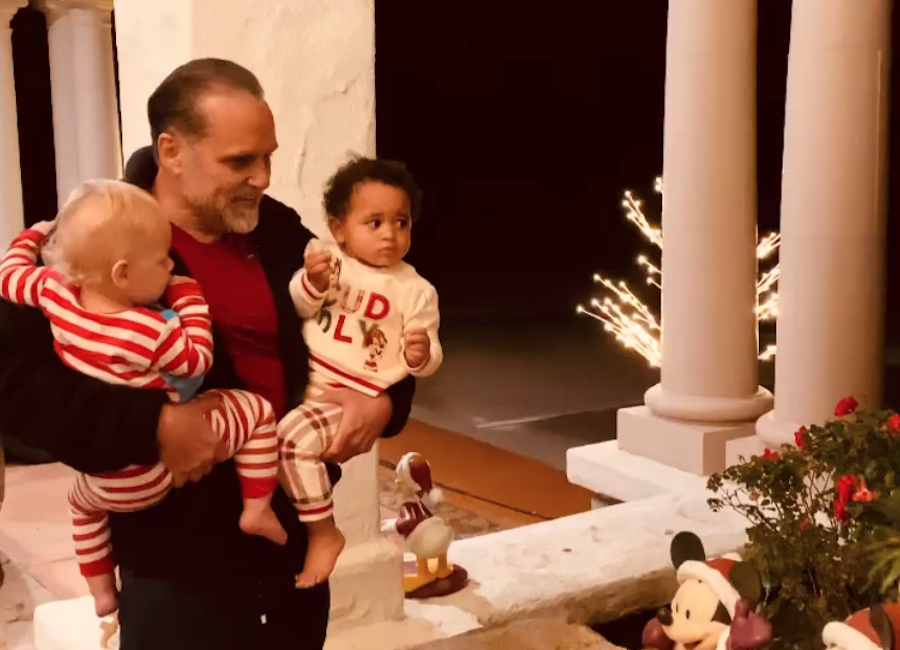 General Hospital star Maurice Benard (Sonny Corinthos) is a man who definitely knows what his priorities are. The handsome actor just reminded everyone just how much fans love him by posting a video of himself with two of his grandchildren on Christmas Day. And yes, it’s a heart melter. Here’s what you need to know.

In the clip, Maurice can be seen holding both of his grandchildren while speaking to them and walking around his home right before everyone was about to gather for Christmas dinner. He captioned his post with, “I believe the children are our future teach them well and let them lead the way.” Of course, a lot of his fans couldn’t help but comment on just how adorable the clip was and what kind of great grandfather Maurice truly is! Talk about a wonderful family man, right?

As many General Hospital fans know, Maurice has always been a daytime television star who has been very open and honest with his fans, especially when it comes to the good, the bad, and the downright ugly in his life. Back in 2020, Maurice opened up about his new book, There’s Nothing General About It, and his decision to open up about his mental health struggles.

“I’m so proud of the book,” he told Soaps In Depth in a new interview. “It’s just a brutally honest portrayal of my life — the good and the bad. And I didn’t want it to be anything else. I didn’t want it to make me look great. I just wanted the truth.”

That’s also one of the reasons why he started his YouTube channel, State of Mind. He told Soaps in Depth,  “If you had any idea the number of responses I get to State of Mind from people literally on the verge of killing themselves. Four-hundred fifty million people all over the world suffer with mental illness. People are going through a lot, and people are killing themselves. It’s the reason we have to keep talking!”

As Maurice continues to formulate the next phase of his career as a mental health advocate and of course, continue his role as Sonny on General Hospital, the actor says that he has big plans for the future. The actor says of his new venture, “I would balance that with General Hospital. My life has been a journey with my fans, my family, my friends and my co-workers. And the journey is just beginning.”

Nicole Abasta Oct 5, 2021
The Bold and The Beautiful