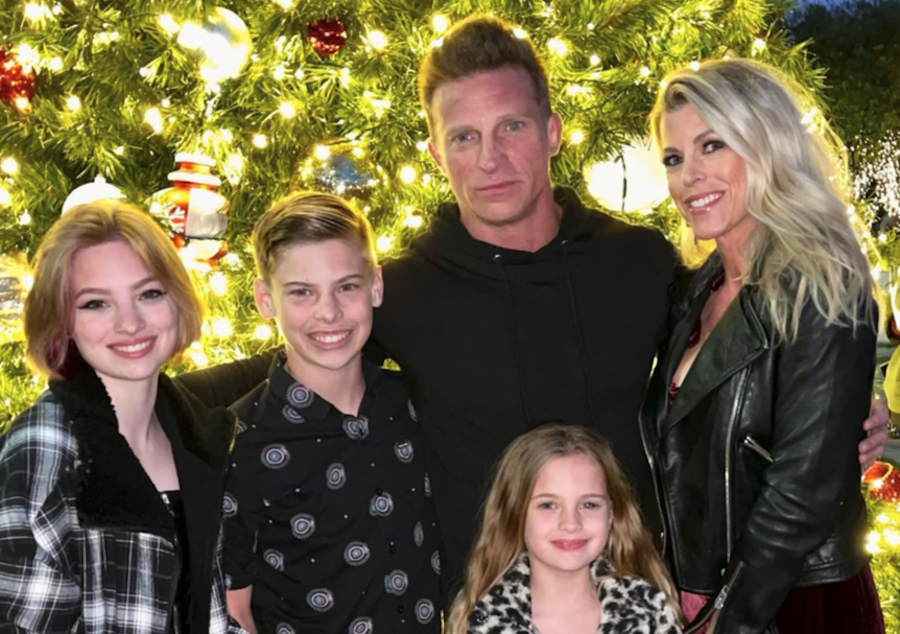 General Hospital star Steve Burton (ex-Jason Morgan) sure has a lot to be thankful and grateful for, especially with such a gorgeous family by his side. The former daytime television hunk shared a stunning holiday photo with his family and of course, his fans just can’t get enough of it. Here’s what you need to know!

Sharing a photo alongside his wife Sheree and their three children Makena, Jack and Brooklyn, Steve captioned his post with, “Merry Christmas from our family to yours! Have an awesome holiday season!”

Of course, it didn’t take very long for his fans and followers to comment on his photo. Many of them wrote, “Beautiful family…ty for taking a stand …miss u but bless u and your family,” along with, “Wow! Talk about a great looking family. Steve you are so blessed. And know that your fans are behind you. I cannot wait until the day comes that you are back on General Hospital. We are all behind you and supporting you.”

Another fan wrote, “Merry Christmas! Looking forward to the day when the world comes to its senses and you can get back to work at GH. You and Ingo are the only reasons I watch the show with my wife. I applaud your convictions.”

As many fans know by now, Steve was forced to walk away from the hit ABC soap after he refused to comply with the network’s vaccine mandate. He decided to address his departure from the show in a video that he posted on social media shortly after the announcement was made.

He said, “Unfortunately, General Hospital has let me go because of the vaccine mandate. I did apply for my medical and religious exemptions and both of those were denied, which, you know, hurts. But this is about personal freedom to me.”

However, Steve went on to say that it’s not all gloom and doom as there’s a possibility that fans might see him on the canvas sooner rather than later. Steve said that while he will always be grateful for his time at General Hospital, he knows that new beginnings are ahead for him.

The Bold and the Beautiful Spoilers: All Hell Is About To Break Loose Between Brooke and Sheila

The Young and the Restless Spoilers: Does Devon Want Custody Of Baby Dominic?

Days of Our Lives News: Tina Huang Opens Up About Her…