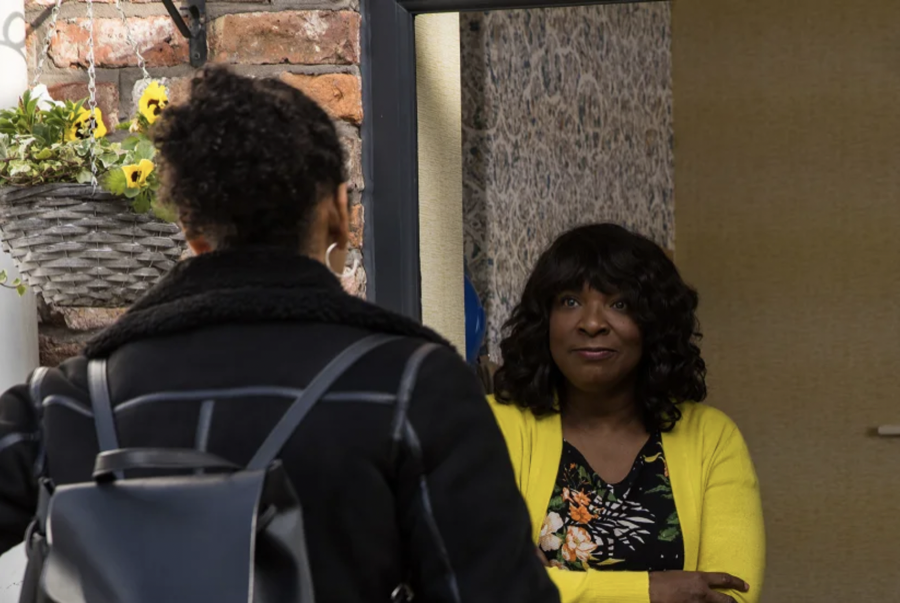 Coronation Street spoilers have documented Grace Vickers will start another chaos with Aggie as she will leave her child, Glory alone at home to spend time at the Christmas market.

Since Grace (Kate Spencer) called it quits with Michael Bailey (Ryan Russell), a series of tension has started with her and Michael’s mom, Aggie (Lorna Laidlaw). Because of multiple misunderstandings, Aggie confronts Grace that she will no longer babysit Glory for her.

Meanwhile, the mother of one agrees to her friend Bernie (Jane Hazlegrove) to meet up at the Christmas market to have a drink. When she realizes she can no longer bring her child to Aggie and Ed’s (Trevor Michael Georges), she mercilessly leaves Glory alone while she enjoys the rest of the day out of their house.

Knowing about their latest argument, Ed encourages his wife to make amends with Grace. Later that day, when Aggie finds Grace at the Christmas market, she apologizes to her for everything she has uttered.

After the scene, Bernie suspects Grace left her daughter alone and suggests going home and spending time with Glory.

Later that week, Aggie learns about Grace’s mistake from Bernie and she ends up feeling mad again at the woman.

The next day, when Grace drops Glory at Aggie’s home, the latter invites her for a conversation and talks about how she left the poor child home alone.

Aggie threatens Grace that she will report her to the social services for being such an irresponsible mother. Grace then reveals the truth that she doesn’t want a baby and tells Aggie something which she might consider.

In this shocking revelation, how will Aggie react? Will she take care of Glory instead?

Another disagreement will happen between Grace Vickers and Aggie Bailey in the upcoming episodes of “Coronation Street.”

Grace recently told Ed and Aggie about giving her house to them so they can live together on one roof and threatened the couple to bring Glory away from them if they will not accept her request, but she has changed her plans about the house which led Aggie into high madness.

In the upcoming episodes, Grace continues to irritate Aggie with her decisions. She once again asks Aggie to babysit her child for her to go to another night out.

The grandmother is already getting annoyed by Grace’s behavior which is already impacting her and Ed. Grace then suggests buying her a comfortable sofa so she can always be at home with Glory.

Aggie granted Grace’s request, but the latter sells the sofa to Bernie Winter’s daughter, Gemma (Dolly-Rose Campbell), and her fiancé, Chesney Brown (Sam Aston). When the day of the delivery comes, Aggie finds the sofa familiar and confronts Grace about it.

Grace then confronts Aggie that she needs the cash so she has to sell the sofa that she has given her.

After all Grace’s mischief, what will Aggie do to stop her from causing trouble?

The Young and the Restless Spoilers: Here’s What Fans Think Of Phyllis And Jack’s Chemistry

Days of Our Lives Spoilers: Linsey Godfrey Returns To…

The Bold and the Beautiful Spoilers: Sheila Carter Lands In…