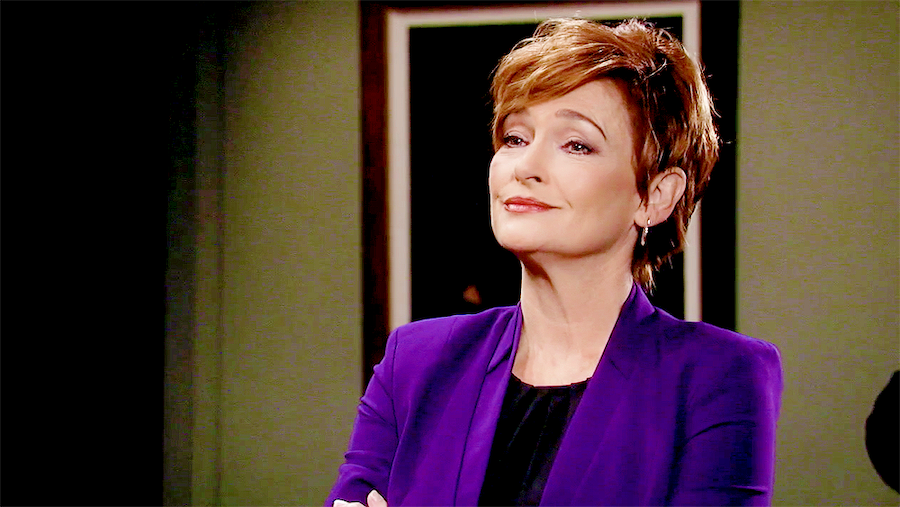 General Hospital spoilers say that there are a lot of changes being made on the set of the hit ABC soap, with two high-profiled departures from Ingo Rademacher (ex-Jasper Jacks) and Steve Burton (Jason Morgan). However, there’s also been speculation that another longtime Port Charles resident might be leaving the show, too: Carolyn Hennesy, who plays tough-talking lawyer Diane Miller. Hennesy recently clarified a few things about the rumors that suggest she’s leaving, too. Here’s what she has to say.

Just in the last few weeks, it was reported that both Rademacher and Burton were forced to leave the long-running ABC daytime television show because of their refusal to comply with the network’s vaccine mandate. Rademacher has often taken to his social media platforms to fight for his right to “medical freedom” while Burton recently said that he had asked for medical and religious exemptions but was denied both. “Which, you know, hurts. But this is also about personal freedom to me,” Burton explained in his own Instagram post.

It’s now come to Carolyn Hennesy’s attention that there have been some rumors circulating about her status on the show, too. She even wrote to her Twitter followers, “Hey, my fabulous Twitter-verse. Any idea where this nonsense started about me leaving GH regarding the vaxx? Just curious.”

Needless to say, it didn’t take very long for Hennesy’s Twitter fans and followers to respond to her message. One fan even posted a screenshot from a site that suggested she was the next General Hospital star out the door following Rademacher and Burton. That’s when she took it upon herself to set the record straight.  “Your facts are incorrect,” she replied. “Diane is not going anywhere.” That’s when quite a few of her followers commented with, “Thank goodness because Port Charles just wouldn’t be the same without Diane,” along with, “I knew there was a reason why you were always my favorite General Hospital actor. I knew you wouldn’t be going anywhere. I never believed the rumors to begin with.”

And there you have it, folks. But whether or not other General Hospital stars will follow in Rademacher and Burton’s footsteps remains to be seen. Watch this space.

The Young and the Restless Spoilers: All About The New Chance Chancellor – Conner Floyd

British Royal News: Does Prince Charles Deserve To Be The…

Days of Our Lives Spoilers: Fans React To Robert Scott…