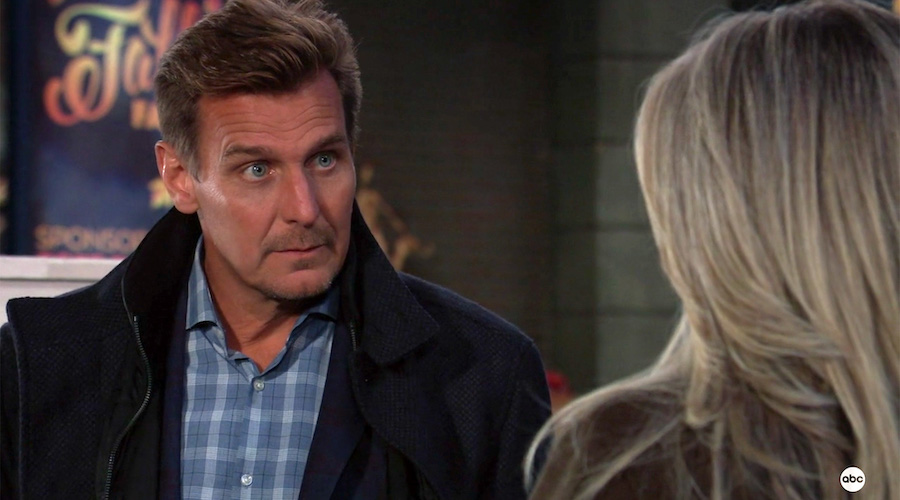 General Hospital spoilers say that Ingo Rademacher (Jasper Jacks) has officially made his exit from Port Charles. The actor’s final episode was aired on Monday, November 22 and needless to say, a lot of fans certainly had quite a lot to say about it. Here’s what you need to know.

During Monday’s episode, Jax told his ex-wife Carly Corinthos (Laura Wright) that he was leaving Port Charles to go back to Australia. When Carly asked if he would be coming back home for the holidays, Jax replied with, “I’m kind of on the outs with everyone in Port Charles right now.”

As many General Hospital fans know by now, Ingo Rademacher was forced out the door at the hit ABC daytime television soap for failing to comply with the network’s vaccine mandate. Rademacher first made his debut in Port Charles back in 1996. Aside from General Hospital, he’s also known for his role as Thorne Forrester on CBS’ The Bold and the Beautiful.

Of course, it didn’t take long at all for both fans and critics alike to weigh in on Jax’s last day, what might possibly be next for him and if he’ll ever return to Port Charles. Many of them have taken to social media to write, “Why did they get rid of the character? They could’ve just recast like they’ve done with numerous other characters,” along with, “GH will no doubt recast this role fairly quickly. I’m sure there are a jillion ex-Neighbors-and/or-Far-and-Away stars who would take the gig. There seems to be a never-ending supply of them.”

General Hospital Spoilers: Jax Won’t Be Back For The Holidays

Another critic wrote, “I have mixed feelings about his exit.  I know it is wishful thinking, but if the show does recast they really need to change the direction of this character.”

So far the producers of General Hospital have made no comments about Jax’s future, but seeing how he will be spending an unspecified amount of time in Australia, there’s a chance that he might come back, but just with a different actor in his place. As far as Ingo Rademacher’s future is concerned, the actor has not made any comments on whether or not he will take on a role in another soap or move on to primetime or movies. Watch this space as we have a feeling this won’t be the last time we’ll be hearing from him.

Taylor Hancen Rios Dec 12, 2021
The Bold and The Beautiful

Days of Our Lives Spoilers: Galen Gering Opens Up About Rafe…

Bernice Emanuel Nov 27, 2022
The Young and The Restless

The Young and the Restless News: Michael Mealor Can’t Keep…