Days of Our Lives Spoilers: Doug Comes Back Home For A Not So Memorable Horton Family Thanksgiving 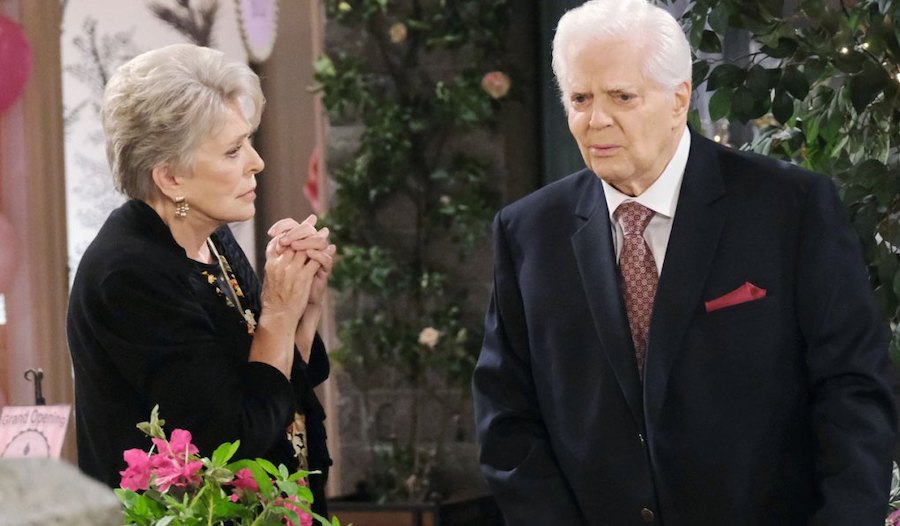 Days of Our Lives spoilers say that Doug Williams wants to be in the one place that matters the most to him during the holidays: home with the family. In fact, it looks like Julie Williams’ (Susan Seaforth Hayes) Thanksgiving wish will come true this year when a judge will rule to allow Doug to leave Bayview so he can finally come home. But it will turn out to be anything but memorable. Keep reading for all of the spoilers you need to know.

Days of Our Lives Spoilers: Doug Comes Back Home For A Not So Memorable Horton Family Thanksgiving

Speaking to Soap Opera Digest in a new interview, actress Susan Seaforth Hayes, who plays Julie on the hit NBC soap, says that Doug is still acting a tad bit weird around her. She put it this way, “Doug is continuing to be remote from her. He’s not speaking at all. He is heavily medicated and not himself. It is every long wife’s worst nightmare.”

Days of Our Lives spoilers say that as the holidays approach, Julie is doing everything in her power to connect with her husband, for better or for worse. But something just isn’t working. She even tries singing one of their songs to him, ‘I’ll be loving you, always,’ but it’s still not registering for Doug.

DOOL Spoilers: Julie Is Determined To Keep Doug By Her Side For Better Or For Worse

But it’s on Thanksgiving that Julie tries to work with Doug’s memory, seeing how he will be in a familiar setting at the Horton dining room again. For Hayes, it also brings back great memories. She says, “It’s a set that I have not worked in since Susan Flannery was Laura.” However, the night is interrupted when Marlena Evans (Deidre Hall) enters to take Doug away. “Julie is not pleased. Marlena is determined to take Doug back to the asylum and Julie is equally determined that he ain’t going.”

Now, whether or not that happens remains to be seen. While there’s no doubt that Julie loves her husband very much, it’s Marlena who always manages to get what she wants.

The Young and the Restless News: Michael Mealor Can’t Keep Away From Genoa City

The Young and the Restless Spoilers: Mariah’s Interrogation, Noah Accused of Stealing Tessa?

The Bold and the Beautiful Spoilers: Liam Spends The Night…

Bernice Emanuel May 1, 2022
The Bold and The Beautiful

The Bold and the Beautiful Spoilers: Three Must-See Moments…