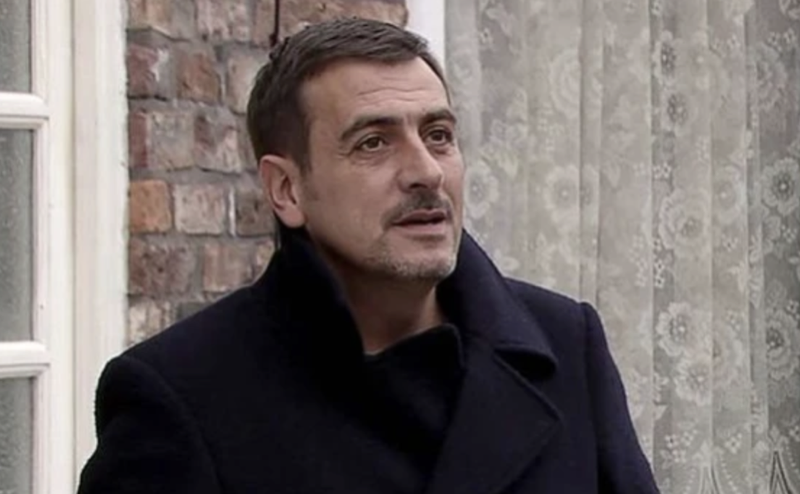 Chris Gascoyne has played Peter Barlow since 2000. Peter was born on screen during an episode from April 1965 together with his twin sister Susan (Katie Heannau, Wendy Jane Walker, Suzy Patterson, Joanna Foster). That means Peter is 56 years old.

The siblings’ parents are Ken Barlow (William Roache) and Valerie Barlow (Anne Reid). Gascoyne debuted in the role during the 40th anniversary live episode on December 8, 2000. Over the years he has left and returned to the cobbles. Gascoyne left the soap in 2003 and was back in 2007 for a brief stay. By 2008 he was back and working full-time.

By 2014 Gascoyne once again left the British soap with final scenes airing November 14, 2014. But just like that, in April 2015, it was announced that Gascoyne would be back for two episodes. Those episodes dealt with the death of Deirdre Barlow (Anne Kirkbride).

Peter was seen on July 15 and 16, 2015. But if fans were saddened to once again see him go, there was good news that quickly squashed those bad feelings. In July 2016, it was announced that Peter would be returning to the cobbles once again, as a regular character, on October 17, 2016.

Do You Know How Old Peter Barlow Is?

All if this brings us back to our original question, how old is Peter Barlow? He is 56 years old and has packed an awful lot of living into his Coronation Street Life.

During his 2016 return fans discovered he was in a relationship with Toyah Battersby (Georgia Taylor). But the couple kept the news from pregnant Leanne, in order to not affect her pregnancy. The truth has a way of coming out however and Simon and Leanne’s sister Eva Price (Catherine Tyldesley) were in on the secret before long.

Peter and Toyah bought The Rovers Return, from Steve McDonald (Simon Gregson) and they began family planning. This included surrogacy. Their baby son was stillborn, but Toyah and Eva made a pact to pass off Eva and Aidan’s daughter, Susie, as Peter’s daughter, since Eva does not want to be a mother.

There is never a dull moment in the life of this 56-year old soap fave.