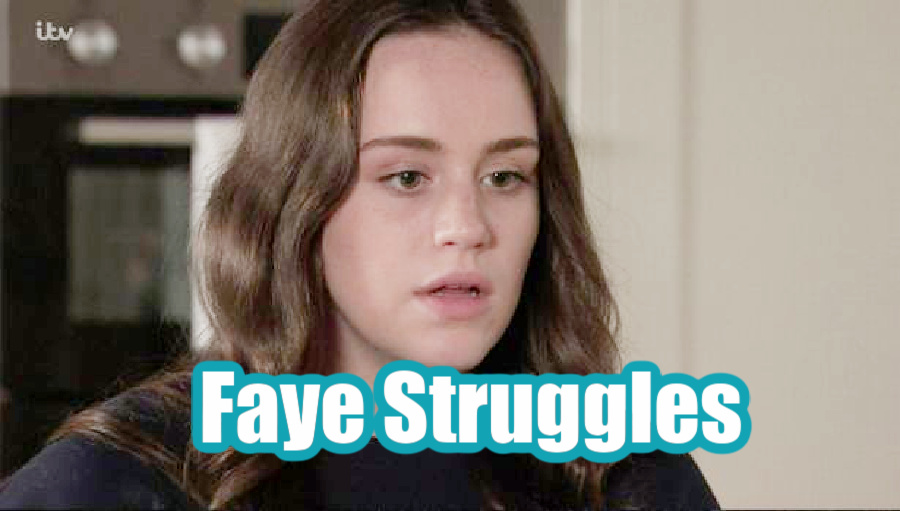 Coronation Street spoilers have revealed Faye Windass will have her comeback as she reveals her struggle in prison after she mistakenly attacked Adam Barlow instead of pervert Ray Crosby.

She came clean about the crime, but guilt was eating her and revealed the truth to her dad, Tim Metcalfe (Joe Duttine). After getting the facts, Tim and Sally (Sally Dynevor) argued about moving to Spain, which irritated Faye, and told everything to Craig Tinker (Colson Smith).

Craig listened to Faye’s side of the story and suggested surrendering herself to the police. Faye was then sentenced to three long years behind bars.

In the upcoming episodes, Tim visits her daughter when Ray Crosby’s name was dragged to the sinkhole issue. Faye shares her struggles with her dad about the hard life inside the prison.

Tim tells Sally about the challenges his daughter is facing behind bars, which leads Sally to pass the concern to Debbie and leaves the latter to pay a visit to Ray Crosby, hoping that the man will finally confess about the sexual assault.

Being involved in the sinkhole tragedy, will Debbie successfully use it as a weapon to make Ray tell the truth about the rape issue?

The whereabouts of Faye will lead Coronation Street’s Debbie Webster to blame her former business partner for the death of Johnny Connor.

A concerned Debbie visits Ray Crosby and convinces the man to tell the truth regarding the sexual assault.

Debbie gives Ray an ultimatum that if he will not admit his attempt in raping Faye Windass, she will be going to report him for the death of Johnny Connor (Richard Hawley) instead and points out she knows how he paid Colin to create the sinkhole in the Platts’ backyard garden, which threatens Ray.

Debbie warns his old business partner that he has only until the end of the day to choose between sexual assault or manslaughter charges.

Will Ray finally admit his crime against Faye Windass?

The Young and the Restless News: Courtney Hope Opens Up…

The Young And The Restless Spoilers Next Two Weeks:…

The Young and the Restless Spoilers: Phyllis Recognizes…