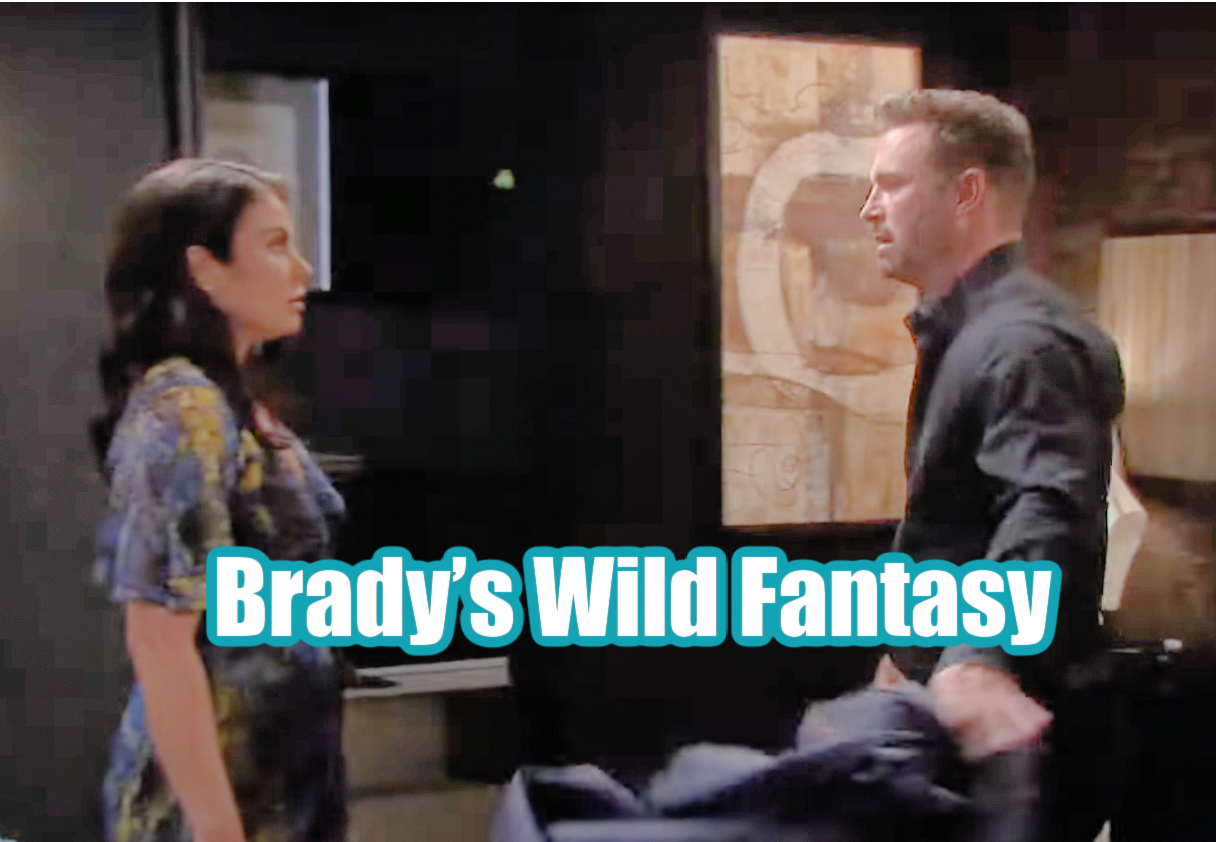 Days of Our Lives spoilers reveal that Brady Black (Eric Martsolf) has a wild fantasy about Chloe Lane (Nadia Bjorlin). When Brady is caught daydreaming, he snaps back to reality. However, he does tell Chloe his fantasy about her in graphic detail. It is also teased that Chloe shares a secret with Brady, which could be her own fantasy.

Brady knows that Marlena will give good advice, but he’s unaware that she is possessed by the devil. So, he is shocked when Marlena suggests Brady throw Chloe on the conference room table at work and have his way with her.

Brady doesn’t act on Marlena’s suggestion, but does fantasize about it. When he is daydreaming, Chloe catches him. Of course, she doesn’t know what Brady is thinking so intently about, but knows he is daydreaming about something. Brady decides to tell Chloe exactly what he is envisioning and goes into graphic detail.

Days of Our Lives spoilers reveal that Chloe is a bit surprised by Brady’s vivid and specific fantasy. However, she also knows how Brady feels about her. Chloe responds by informing Brady that the conference table already had some action. When Brady finds out that Rafe Hernandez (Galen Gering) and Nicole Walker (Arianne Zucker) were on that same table just the other day, he can’t believe it.

Martsolf told Soap Opera Digest that Basic Black is turning into a bit of a brothel.

During the week of November 8, Brady won’t be the only one admitting a secret. Chloe has her own secret that she is keeping. Even though Chloe is in a relationship with Philip Kiriakis (Jay Kenneth Johnson), she has feelings for Brady. So, she just might share her own fantasy.

Chances are that Chloe’s admission might set off an interesting chain of events. One possibility is that Philip overhears Chloe and Brady’s conversation. Another possibility is that talking about their fantasies could create a desire in Brady and Chloe that they can’t control – leading to them actually sleeping together. What do you think is going to happen after Brady admits his fantasy and what exactly is Chloe’s secret? We will have to keep watching the NBC soap to find out what happens next.

Days of Our Lives Spoilers: Chloe Lane To Hook Up With Her…

Bernice Emanuel Jan 28, 2022
The Young and The Restless