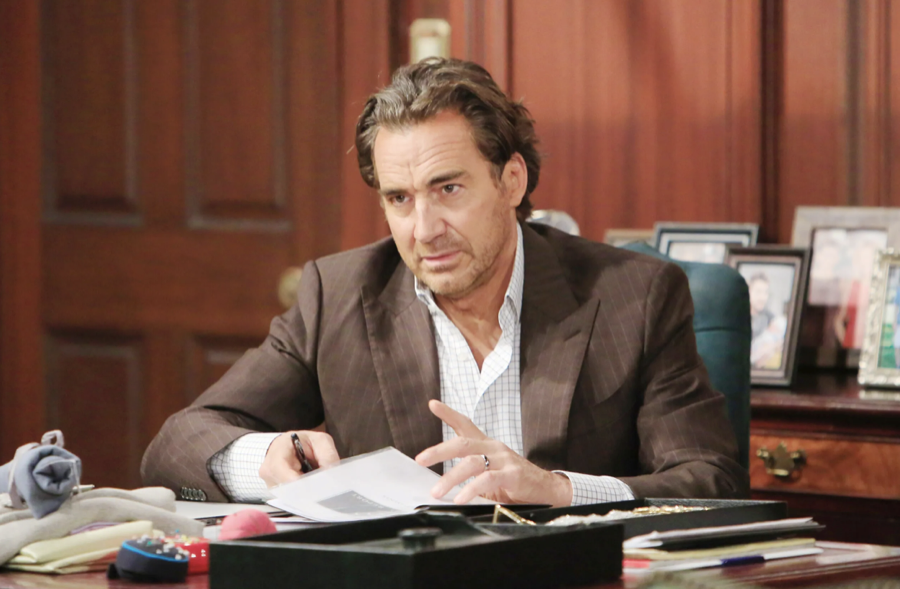 The Bold and the Beautiful (B&B) spoilers document that Steffy Forrester (Jacqueline MacInnes Wood) told Hope Spencer (Annika Noelle) that she was not to involve herself in John Finn Finnegan’s (Tanner Novlan) situation with Sheila Carter (Kimberlin Brown) or in Sinn’s marriage. Hope got the message and so will Ridge Forrester (Thorsten Kaye).

Steffy and her dad are close. Ridge is already on board with keeping Sheila away from his family. News of the presumed Shecon ruse provides Ridge an incentive to take aggressively protective measures.

While they have often been at odds, Sheila is a common bonding factor for Steffy and Brooke Logan Forrester (Katherine Kelly Lang). That plays into Ridge’s drive to help protect his clan.

Brooke was one of the people Sheila shot once upon a soapy time. Brown’s character is the only lady who tops Quinn Fuller (Rena Sofer) on Brooke’s no-like list.

Bridge is solid. So, Brooke’s fierce reaction to Sheila and Deacon Sharpe’s (Sean Kanan) return is something that Ridge is tuned into. His responsiveness also goes beyond words.

Justin Barber (Aaron Spears) proved his worth by quickly confirming that Quinn and Carter Walton (Lawrence Saint-Victor) were still involved. Justin’s intel was not exactly a reveal, as Eric Forrester (John McCook) knew about Quarter and endorsed it at that moment in storyline time.

Ridge told Justin that he was grateful to him. Spears’ character pledged his ongoing loyalty to Ridge as part of an agreement to remain out of jail following the kidnapping of Thomas Forrester (Matthew Atkinson).

This next assignment should deepen the growing connection between Ridge and his enemy’s (Bill Spencer, as played by Don Diamont) former fixer.

Bold And The Beautiful Spoilers – Shecon Means To A Breakthrough Or Ending?

Sheila saw an opportunity. She has momentarily convinced Deacon to go along with her ploy that they are a couple.

But Sheila has not chosen to highlight how risky her plan is. She has little to lose. Kanan’s character will fall much farther if Shecon is exposed, as Hope will know that he furthered a lie.

Deacon had momentum upon returning to the outside world. His daughter’s enduring support and desire to give him a second chance were pluses. Sheila had Finn’s sympathy but not his endorsement.

So, Justin’s sleuthing for Ridge could lead to great drama if Sheila and Deacon’s plans are exposed. But Shecon is better together than apart, as Sheila said. So, continuing to outwit everyone is possible on B&B.

The Bold and the Beautiful Spoilers: Things Are About To Go Very Dark For Bill…

The Bold and the Beautiful Spoilers: Thomas Is About To Face A Harsh Fallout

The Young and the Restless Spoilers: Diane Goes Face to Face…

Bernice Emanuel Aug 28, 2022
The Young and The Restless

The Young and the Restless Star Eric Braeden Shares Some…

Nicole Abasta Oct 3, 2021
The Bold and The Beautiful

The Bold and the Beautiful Close To Beating The Young And…