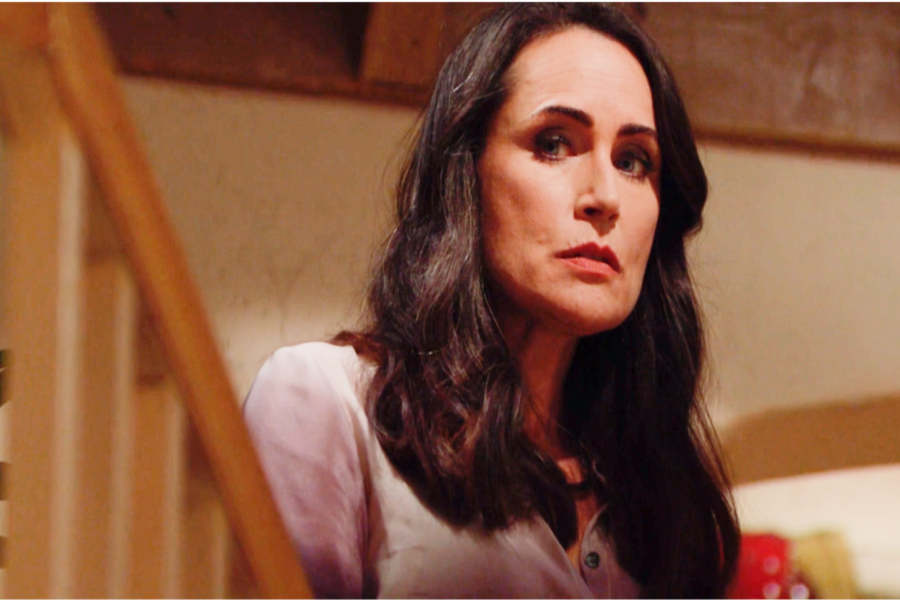 The Bold and the Beautiful (B&B) spoilers document that Eric Forrester (John McCook) had back-to-back experiences with Donna Logan (Jennifer Gareis). The second appears to fully confirm what scores of viewers and all the characters who love the Forrester patriarch in this version of Los Angeles, California, have known for years.

Quinn Fuller (Rena Sofer) is not the right woman for Eric. They are not a good match and will not become one after five years of wedded dysfunction.

It appears as though TPTB have been in the process of slow-burning Queric. But will that couple soon fall into the abyss, as Brooke Logan Forrester (Katherine Kelly Lang) believes?

Bold And The Beautiful Spoilers – Why Stay With Quinn Fuller?

The subject header is a key question. And, as Brooke said, Eric does not have to worry about being alone now that he knows how Donna feels about him.

McCook’s character believed that isolation in his mansion was destined before Donna’s involuntary reveal. If Eric divorced Quinn, then he thought he would live out whatever was left of his days on this earth alone.

That fatalistic outlook was driven by his assumed permanent physical condition. As he knows, the ED problem represents a mental block regarding Quinn.

Bold And The Beautiful Spoilers – Acknowledging Fault On Both Sides

Brooke and all the rest can fully fault Quinn. But Eric believes that he shoulders the bulk of the blame for pushing his wife away and into Carter Walton’s (Lawrence Saint-Victor) arms.

An objective assessment fairly concludes that there is fault on both sides of Queric. At this point in their marriage, Eric has come to believe that he can not trust Quinn on some basic level. His love for her is not the main question.

Instead, the passion connection was fractured on multiple occasions in the past and then broken within the last year. So, both halves of Queric can share responsibility for what has gone wrong.

Eric knows that Quinn cares about him and that she is willing to sacrifice to remain married. But Eric also realizes that the love Quinn has developed for Carter represents a lack of full commitment to their union.

A healthy marriage is not based on a wife loving a man other than her husband. It also is not based on the husband being more attracted to one of his former wives than his current spouse.

Queric is done for all intents and purposes. What is not known is how it ends or exactly when.

The Young and the Restless Spoilers: Nick Becomes Rey’s Competition, Not Adam? – ‘Shick’ Is Back!

Days of Our Lives Spoilers: Week of November 1 Preview – Gabi Digs Jake Out of Coffin – Ava Suspect in Homicide

The Young and the Restless Spoilers: Fans Offer An…

Bernice Emanuel Sep 7, 2022
The Bold and The Beautiful

The Bold and the Beautiful Spoilers: Steffy Hints That Hope…

Bernice Emanuel Oct 26, 2022
The Young and The Restless