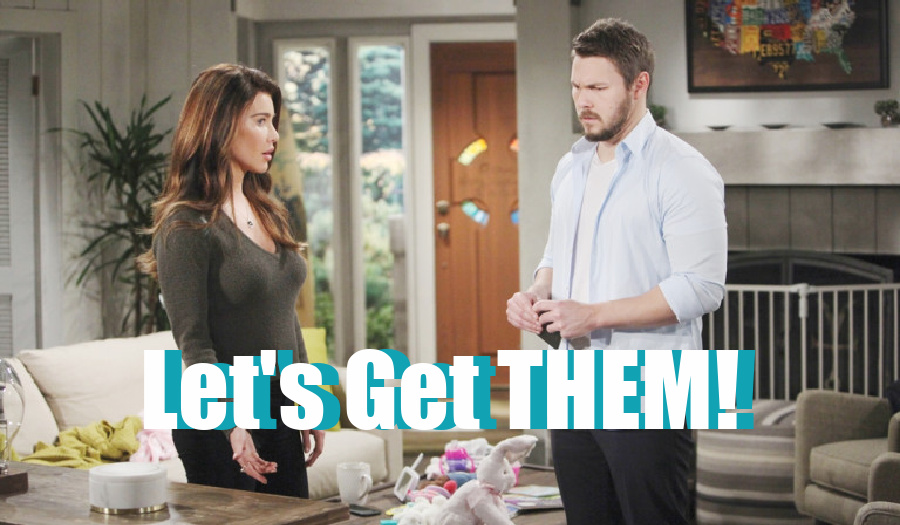 The Bold and the Beautiful (B&B) spoilers and updates tease that Steffy Forrester (Jacqueline MacInnes Wood) and Liam Spencer (Scott Clifton) will join forces to stop Deacon Sharpe (Sean Kanan) and Sheila Carter (Kimberlin Brown) from ruining their respective families. Sheila and Deacon have formed an alliance so Steffy and Liam will also be on the same page in their mission to stop the people who want to ruin their families.

Hope Spencer (Annika Noelle) and John “Finn” Finnegan (Tanner Novlan) were both shocked after they saw the pair engage in a passionate make-out session. Hope becomes curious as to why Deacon and Sheila are together when they barely know each other.

The Bold and The Beautiful – Sheila and Deacon’s Fake Romance

As for Sheila, she’ll depend on Deacon’s acting skills after they claim that they’re madly in love. Fans know that it’s just a ploy so they can get closer to their children. Deacon will worry that their plan will backfire but he won’t have any choice but to go with her plan.

Steffy and Liam want to protect their kids from the threat posed by Sheila and Deacon. So, they will decide to work together and take a stand against the other pair so they could keep their marriages intact and their kids safe.

Steffy and Liam Finds Out About Deacon and Sheila’s Relationship

Next week, Steffy and Liam will learn from Finn and Hope that Sheila and Deacon are together. Steffy thinks that it’s all a ploy. As for Deacon, he’ll make a bigger commitment to his alliance with Sheila and hope that it will pay off.

As for Thomas Forrester (Matthew Atkinson), he’ll feel jealous over Paris Buckingham (Diamond White) and Zende Forrester Dominguez (Delon de Metz) stronger connection. He’ll also feel sad that the woman he loves is with another man. He may decide to make a move on Paris before it’s too late.

Brooke Tries to Convince Eric that Donna’s The One

Meanwhile, Brooke Forrester (Katherine Kelly Lang) will try to convince Eric Forrester (John McCook) that Donna Logan (Jennifer Gareis) is the woman for him. Donna will sacrifice something for Eric and later on, will reveal a secret about Eric and Quinn Forrester (Rena Sofer). Her revelation will leave Brook even more convinced that Eric should leave Quinn for good and be with Donna.

As for Quinn Forrester’s (Rena Sofer), she’ll find herself in a difficult situation. She chose Eric over another man and she won’t let anyone come between them particularly Brooke and Donna’s schemes.

The Young and the Restless Spoilers: Adam Caught Between Two Worlds – Connor Obligations and Sally’s Lure

Days of Our Lives Spoilers: Alex Kiriakis Comes Home To…

The Young and the Restless POLL: Is Adam Making A Mistake By…