The Bold and The BeautifulPollSpoilers

The Bold and the Beautiful Spoilers: Team Sheila and Deacon – Schemers Or Dreamers? Vote Now! 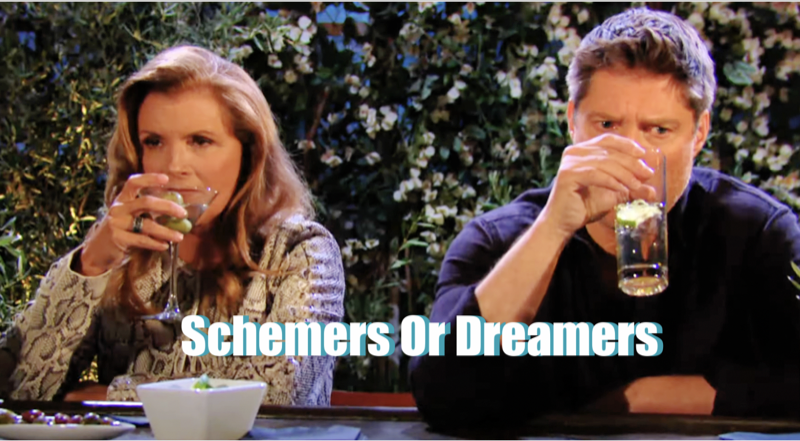 The Bold and the Beautiful (B&B) spoilers document that Sheila Carter’s (Kimberlin Brown) fortuitous place at the bar aside of Deacon Sharpe (Sean Kanan) was a great teaser for what is to come on B&B.

Everyone who appreciates daytime villains loves that one of this genre’s all-time epic monsters, Sheila, offered one of the soap’s best bad boys, Deacon, a chance to team up. The possibilities for deviousness are endless.

As Deacon said, the Forrester’s do not like him, but they despise her. So, this pairing has the potential to do more than create problems. Mayhem this fall is dead ahead.

Bold And The Beautiful Spoilers – Who Has The Best Chance To Succeed?

It would seem that Deacon does not need Sheila. Hope Spencer (Annika Noelle) is receptive to her father. She also invited him to the cabin and attempted to broker a working connection with her husband, mother, and stepdad. But that failed.

However, Brooke Logan Forrester’s (Katherine Kelly Lang) bad-mouthing, Ridge Forrester’s (Thorsten Kaye) cheap shots, and Liam Spencer’s (Scott Clifton) protective stance in favor of the Lope family did not influence Hope. Deacon’s comeback scene at the cabin ended with Hope defending her father to an even greater degree and later telling the opposing trio that her connection to him is important.

John Finn Finnegan (Tanner Novlan) told Sheila several times that she can not have a relationship with him or Hayes Forrester Finnegan (Samantha Worden and Piper Harriet). With that, she has been unable to make progress. So, Sheila needs Deacon more than he needs her right now.

Bold And The Beautiful Spoilers – Using Diversion As A Strategy

Sheila and Deacon would benefit by diverting Finn and Hope’s protectors.

Steffy Forrester Finnegan (Jacqueline MacInnes Wood) is insistent on her husband not allowing Sheila in their lives. That puts Wood’s character on the same script page as Brooke, Ridge, and Liam, where Deacon is concerned.

So, a diversion needs to happen that impacts all parties, rather than just Sinn or Lope separately. Sheila is good at creating wedges, where people turn against each other. Deacon can serve as a useful tool to advance this goal.

Bold And The Beautiful Spoilers – New Couple Results In LA?

Keith (no last name known for the character Nick Waters plays) is the assistant manager at the hotel where Sheila is staying. He is fond of her. So, she is sure to twist Keith’s fondness in some way.

Deacon has never had problems attracting women. But he is not interested in romance after just being released from prison. His goal is to bond with Hope.

If Keith becomes a problem, Sheila can ask Deacon for help. If that does not happen, Brown and Kanan’s characters make the perfect dysfunctional couple. That alone would create buzz in LA and provide the audience with a side slice of great soap as both villains try to create family lives.

The Young and the Restless Spoilers: Here’s What Fans Really…