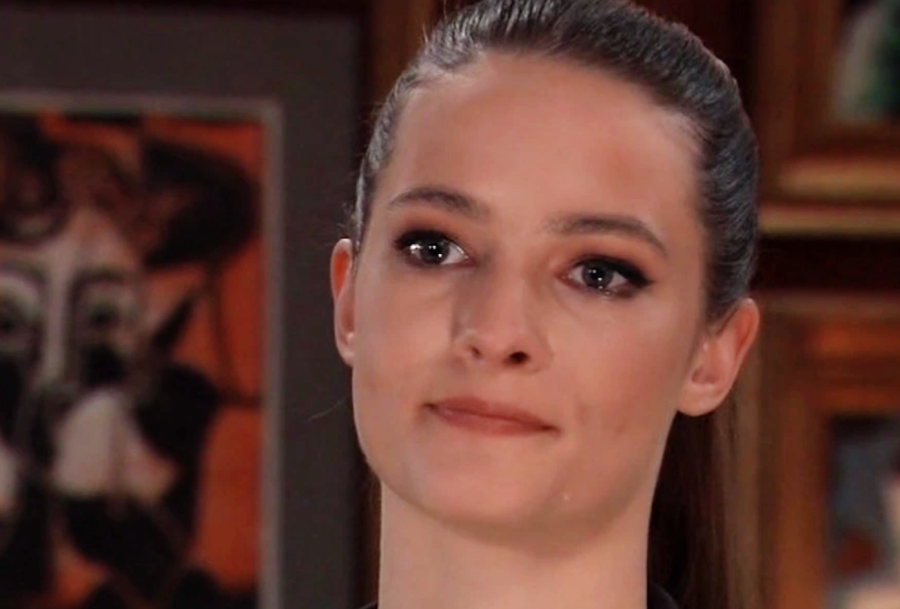 General Hospital spoilers tease Port Charles hasn’t seen the last of Esmé Prince (Avery Kristen Pohl). The deceptive spawn of psycho Ryan Chamberlain (Jon Lindstrom) is headed back to town soon — and she’s not alone, allegedly. Esmé was last seen making her grand exit off the parapet after an intense struggle with Ava Jerome Cassadine (Maura West). The two were struggling over a letter to Esmé’s nanny, Maggie Fitzgerald, and it was critical to Esmé that Ava not see what was in that letter. Will Esmé have the letter with her when she resurfaces? What else might she be carrying?

Who Will Accompany Esmé to Port Charles?

There’s reason to speculate Esmé will come back to the New York town for vengeance, and maybe child support. Yes, Esmé is pregnant! The seductress will re-emerge only when she’s noticeably pregnant, and who sees her first sure will be interesting. How will the Cassadine family react to Esmé with a pregnant belly? What will Ava think after working so hard to mend her marriage following the destruction Esmé caused? She’ll be wondering the same thing all of us are: who is the father?

General Hospital Spoilers — Which Cassadine is the Daddy?

It’s unclear whether Spencer and Esmé were intimate together anytime close to her disappearance. After all, Spence had been pretending to still be in love with Esmé for months while attempting to gather evidence that would exonerate his real love, Trina Robinson (Tabyana Ali) of the crimes she was charged with committing — crimes Esmé actually carried out. If Spencer had given in to Esmé in the name of keeping her on the hook and believing he was still into her, the baby she’s carrying could be his.

The more likely father is Spencer’s dear old dad, Nikolas Cassadine (Marcus Coloma). In a weak moment when Nikolas thought he’d lost Ava, he succumbed to Esmé’s wiles and had a one-night stand with her that decimated his marriage. Could it also have left Esmé expecting?

Nikolas is in no rush to claim the child, but Spencer is hopeful for a future with Trina and feels he must prove the baby isn’t his. A DNA may prove it isn’t Spencer’s baby — showing a sibling or cousin-like relation but not enough shared DNA to be paternal — and by default everyone will assume it’s Nikolas’ child. The problem? It may be Victor Cassadine’s (Charles Shaugnessy). Spencer’s scheming grandfather may have been in on Esmé’s deception all along. How long will he allow everyone to think his child is Nik’s? If his history with his son, Valentin Cassadine (James Patrick Stuart) is telling, it could be a while. Keep coming back for more spoilers and GH news to tide you over until the next episode.

The Bold and the Beautiful Spoilers: Will Carter Lose Katie…

Bernice Emanuel Feb 14, 2022
The Bold and The Beautiful