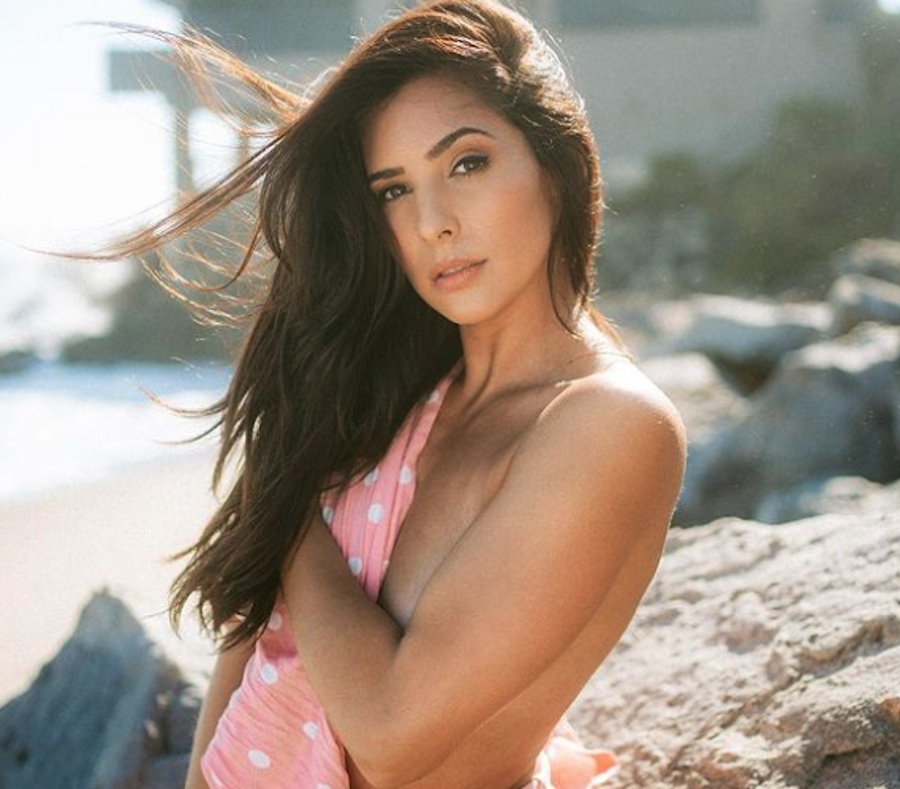 At this point there really is no doubting that Days of Our Lives star Camilla Banus is one of the most beautiful women in the daytime television world, right? Well, that certainly seems to be the case as the actress, who is best known for her role as Gabi DiMera on the hit NBC soap, recently showed off a side of her that fans certainly haven’t seen before! Here’s what you need to know.

Camila shared a topless – that’s right – photo of herself on Instagram. She captioned it with, “Pink polka dot warrior princess for life. Two piece from @zara and on sale !!!!”

She certainly is a warrior princess, right?

Back in March, Camila opened up about how her character Gabi DiMera is someone who always has to be in charge – which certainly doesn’t surprise fans at all.  In an interview with Soap Opera Digest, Camila opened up about her character, along with all the good, the bad, and the downright ugly drama that she’s managed to stir in Salem. However, Camila does admit that Gabi has certainly changed over the years, and for the better, too.

She put it this way, “I love the way it’s developed. It started out as her being a model for Countess Wilhelmina and transitioned to her seeing the inside of the fashion industry. That is something that put a fire under her butt, illuminated her, and gave her this new energy. She thought, ‘Well, I can take a stab at this.’ With the newfound success of Gabi Chic, she saw that she could do so much more. She saw the power within herself and that she didn’t have to just settle for Gabi Chic. She could do bigger and greater things in the business world.”

Days of Our Lives News: What’s Next For Gabi?

Camila added, “One of her strengths is how passionate she is, but that’s also one of her weaknesses. Her passion sometimes stops her from being logical and seeing what is right in front of her, and that can get her in a lot of trouble. The positive part of her passion is that it has gotten her into rooms that she never thought she’d be in, rooms where she has significant power. She’s seen herself become this boss babe.”

The Young and the Restless Spoilers: Adam Demands To Know The Truth From Sally

Bernice Emanuel May 1, 2022
The Bold and The Beautiful

The Bold and the Beautiful Spoilers: Hope And Liam Get It On…

Bernice Emanuel Jul 12, 2022
The Bold and The Beautiful