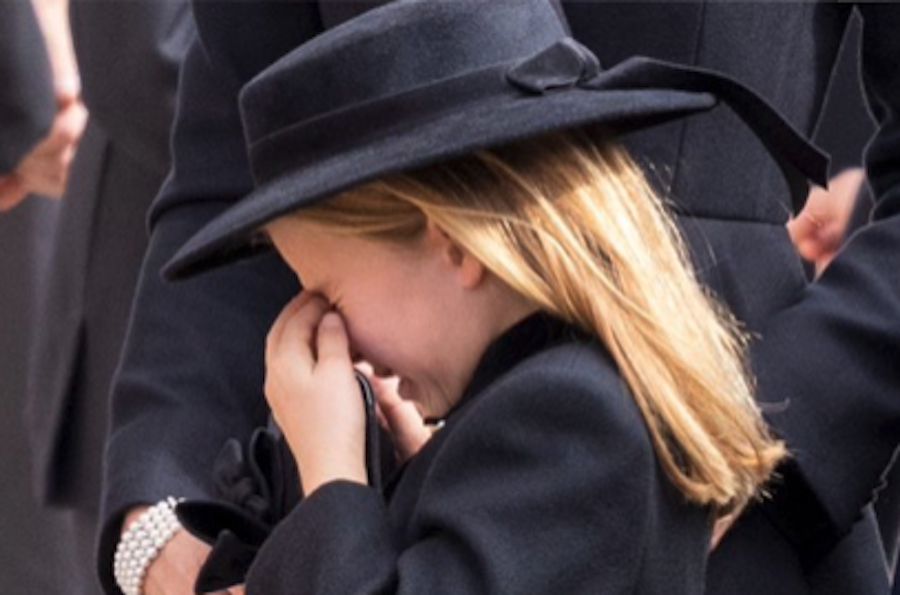 British Royal News says that there are a lot of critics who can’t help but wonder if it was a good idea for Prince George and Princess Charlotte to attend their great-grandmother Queen Elizabeth’s state funeral. While there are plenty of children their age who attend family funeral, George and Charlotte’s case is quite different as the entire world gets to see them grieve at such a young age. Here’s what you need to know.

A lot of people can’t help but give the royal family – or at least Prince William and Kate Middleton – a little side eye for having their children George and Charlotte attend such a long funeral. What makes it even troubling is that the paparazzi caught a photo of Charlotte crying at the funeral – or at least that’s what it looked like.

Some comments have included, “I saw additional photos that seemed to be right after the crying ones and she was completely fine. So I believe it was a sneeze (or something in her eye) and not crying. That said, it was greedy and selfish of their parents to bring them out for this to bolster their own image (or try to pull attention form Meghan…which clearly didn’t work). They’re too young,” along with, “I agree there was no reason for Charlotte and George to be taken to the State Funeral. The committal service would have been fine for them to attend. But William and Kate felt they needed to bring them to appease the press and to draw attention away from Harry and Meghan. I’m not sure the last part worked.”

British Royal News: Should The Royal Kids Have Stayed Home?

Another critic wrote, “I understand that kids go to funerals around this age and in other cultures, attend them much younger but a state funeral with a bunch of cameras and millions of people watching is very different to that. I wouldn’t have taken Charlotte at the very least but they’re also not my kids so my opinion doesn’t mean a lot.”

Bernice Emanuel Aug 29, 2022
The Young and The Restless

Bernice Emanuel Dec 25, 2021
The Young and The Restless

The Young and the Restless Spoilers: Sally Makes A Move On…

The Bold and the Beautiful Spoilers: Naomi Matsuda Explains…