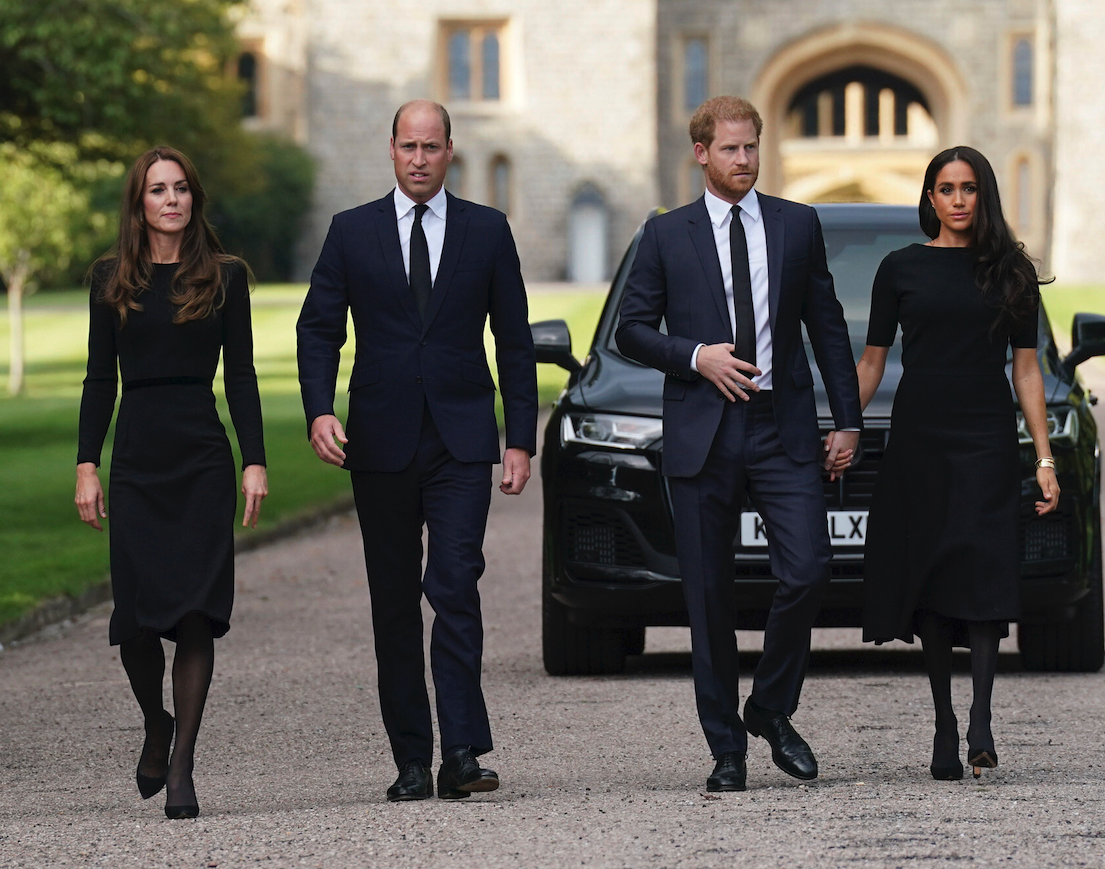 British Royal News suggests that life certainly won’t be the same for a lot of members of the royal family and especially those who were very close to Queen Elizabeth. In fact, Prince Harry couldn’t help but admit that Windsor Castle feels very lonely now that his beloved grandmother has passed away. Here’s what you need to know.

Along with Prince William, Kate Middleton and his wife Meghan Markle, Prince Harry greeted mourners and well-wishers outside of Windsor Castle on Saturday. He told one royal fan in particular that, “[It’s] a lonely place up there now without her. Whichever room she was in, you felt her presence throughout.”

Meanwhile, a separate report suggests that the Duke of Sussex might be feeling like an outsider now. The Daily Beast seemed to insist that Prince Harry was absolutely snubbed while at Balmoral by the rest of the royal family. Tom Sykes writes, “Harry’s solitary pilgrimage to and from his grandmother’s deathbed is no accident. The choreography represents a clear message from King Charles: Harry is an outsider, a second-tier royal now. The Daily Mail reported the plane he used was ‘owned by the commercial jet leasing company Luxaviation UK.’ His ruthless treatment will only serve to reinforce speculation of ongoing bad blood between Harry, Meghan, and the rest of the family.”

Of course, many royal fans and critics alike sure had a lot to say about the matter. Some comments have included, “I think King Charles is looking to pull Harry closer, not push him away. Even if there is no genuine affection between them, Charles knows that he needs the Sussex PR. Charles also knows he has only a short time to reign compared to his mother, he doesn’t want it to be dominated by feud-gate,” along with, “I think Charles makes a duck ton of mistakes and frequently wrong foots a lot, but I also think he’s an intelligent person who does try, who does admit in some capacities when he’s wrong. He understands Harry’s popularity and William’s laziness (and arrogance and all the rest). We’ll see.”

The Bold and the Beautiful Spoilers: Sheila Gets A Hold Of Hayes

The Young and the Restless Spoilers: Sharon Case Is About To Be Front And Center Again

The Bold and the Beautiful Star Don Diamont Celebrates…