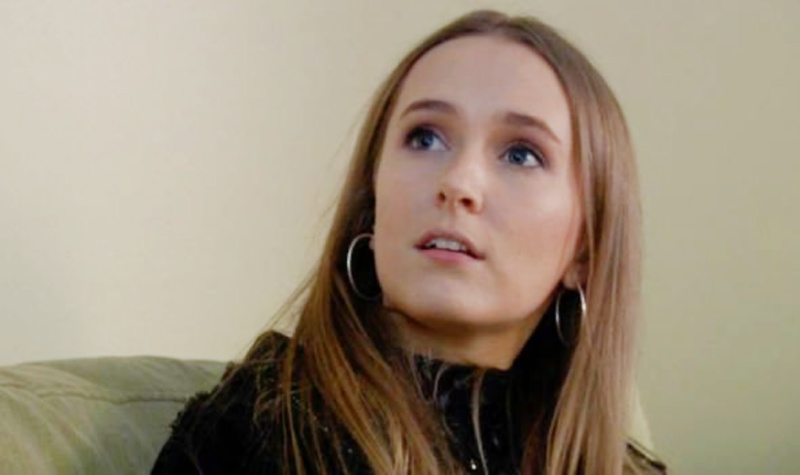 EastEnders spoilers and updates tease that Frankie Lewis (Rose Ayling-Ellis) will find herself in danger. The upsetting storyline comes ahead of the character’s exit from Albert Square.

Frankie will encounter a problem with three students, Amy, Denzel, and Nugget. In upcoming scenes, the trio will mimic Frankie as a sign to Esme. She calls the students out for their rude behavior.

Later on, she found out that the same kids used inappropriate pictures of her and made them into a video, which they uploaded to social media. She reports them to Mr. Morden, but she gets upset with his response to the incident.

Frankie goes clubbing with her friends to keep her mind off her struggles with the students in school. She starts to feel better as the night goes by. However, she gets upset later on after a stranger tries to kiss her.

Frankie decides to go home before something worse happens. But she didn’t expect to see the same man from the club confront her on her way home. He follows and traps her. Fortunately, a passerby steps in, and she gets the chance to escape.

Frankie returns home safely, and her grandmother, Shirley (Linda Henry), tries to comfort her after learning what just happened. Meanwhile, her father, Mick Carter (Danny Dyer), is relieved that his daughter got home safe and sound.

Ayling-Ellis joined EastEnders back in 2020. She made history on the BBC soap because she was the first deaf actor to take on a regular stint on EastEnders.

The actress already filmed her final scenes. When asked about her exit, she said that it was a special experience to be the first regular deaf actor on EastEnders.

“I have loved my time on the show and Frankie has been such an awesome character to play. However, now feels like the right time for me to move on and I am excited and ready for new challenges,” she shared.

“I will always treasure my time on the show and all the incredible people I have worked with, who have supported my growth as an actor these last two years and given me so many amazing memories,” she added.

Ayling-Ellis also said that she’s excited for fans to see her character’s storyline. She hinted that it’d be an important one that will resonate with many people.

Be sure to catch up on everything happening with EastEnders right now. Come back here often for EastEnders spoilers, news, and updates.

The Bold and the Beautiful Spoilers: Matthew Atkinson Vows Thomas Has Turned a Corner, Too Good To Be True?

The Bold and the Beautiful Spoilers: Naomi Matsuda Always…

Days of Our Lives Spoilers: Ron Carlivati Admits The Second…