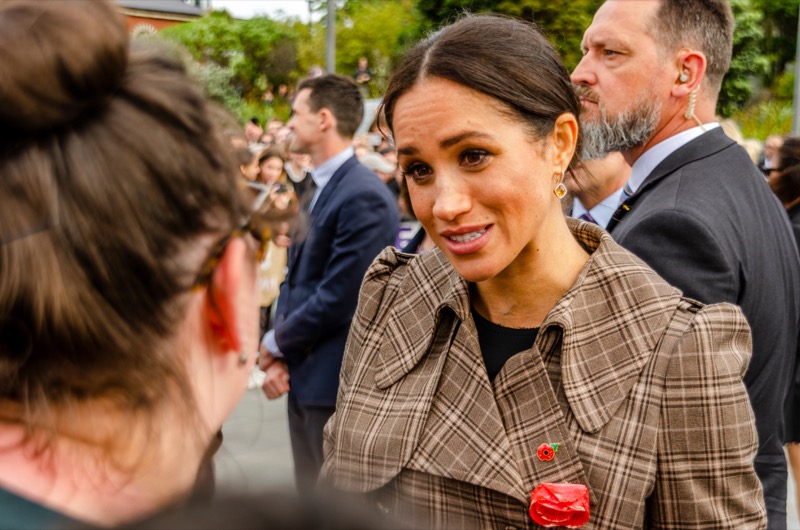 The Royals news and updates tease that there was a time in Meghan Markle’s royal life that she considered a “cruel chapter.” She added that there was a moment when she “was scared to go” to a movie premiere.

In a new interview with The Cut, the Duchess of Sussex revealed that there was a time when she was still working royal that she was “scared to go out.” Not only that, she faced a “cruel chapter,” thanks to the incessant scrutiny of the media.

The interviewer wrote that Meghan Markle is happy that the Archetypes podcast served as her reintroduction, although it wasn’t her planned first project.

“It’s so real,’ she says. ‘I feel different. I feel clearer. It’s like I’m finding — not finding my voice. I’ve had my voice for a long time, but being able to use it,” Meghan said.

She also discussed on her first podcast that women faced a lot of negativity, especially when it concerns their ambition. The Duchess of Sussex shared how she felt the same way when she started dating Prince Harry.

“In her own life, Meghan’s response to being typecast seems to lean into all the positive things her story symbolizes,” per the interviewer.

The interviewer also noted that Meghan’s ascent had a special meaning for Black Britons. It was a sign of progress for women. Since she’s also a working mom, she helped highlight problems that affect them, such as parental leave and equal pay.

Meghan recalled the time when she attended the premiere of the live-action version of The Lion King. It took place in London back in 2019.

“I just had Archie. It was such a cruel chapter. I was scared to go out,” Meghan said.

Meghan Gets A Confidence Boost

Meghan appreciated a cast member who gave her a confidence boost during that time. The interviewer noted that the cast member from South Africa pulled Meghan aside to tell her that they rejoiced in the streets when she married into the royal family. They celebrated just like the time when Mandela got out of prison.

Meghan also shared that the media scrutiny they got played a part in their decision to step back from their royal duties. They opted to get out just for all the media noise to stop.

Be sure to catch up on everything happening with The Royals right now. Come back here often for The Royals spoilers, news, and updates.

Bernice Emanuel Jun 19, 2022
The Bold and The Beautiful