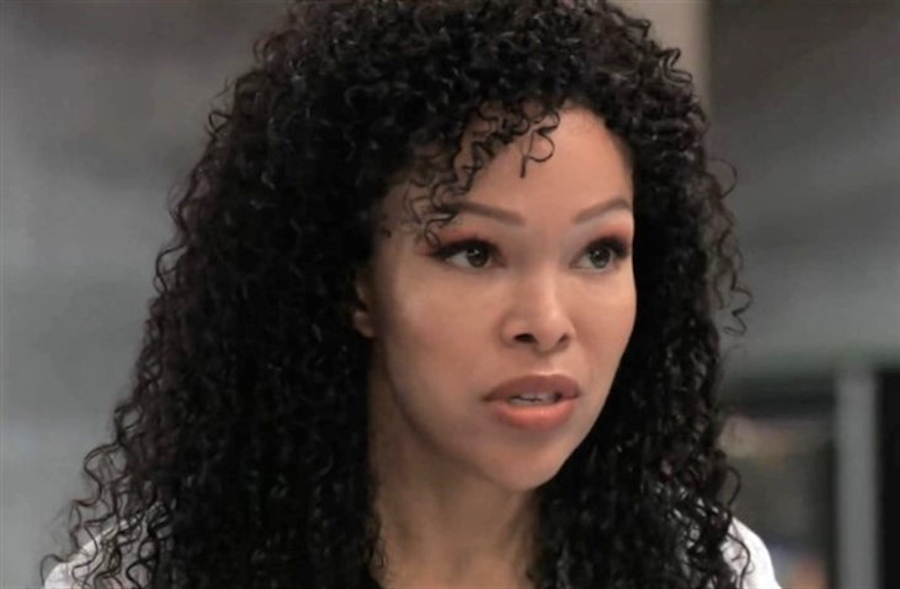 General Hospital spoilers say that Portia is a nervous wreck as she waits for the jury to return with a verdict in Trina’s trial. Keep reading below for all of the spoilers you need to know!

Speaking to Soap Opera Digest in a new interview, actress Brook Kerr, who plays Trina on the hit ABC soap, admits that even her character isn’t sure if this is all going to work out in her favor. She put it this way to the publication, “It’s terrifying for Portia because 12 strangers have such a narrow view of Trina’s life and they are the ones who get to decide. She does not feel good.”

General Hospital spoilers say that in a desperate bid to exonerate Trina by having Oz incriminate Esme, Portia decides to put her future and her career on the line – a risky move indeed – by bringing Oz out of his medically induced coma.

Brook admits that this is a huge choice for Trina. She said, “But she does not see any other option. Portia feels helpless; she feels like she’s sinking. Everything she’s done in her life was to provide her daughter with the best possible life and his trial could ruin it all, not just reputation wise, but she could go to prison!”

That said, General Hospital spoilers say that Curtis signs on to the high risk plan, but before Portia gets the chance to slip into Oz’s room, Jordan interrupts. Brook continues, “At that point, Jordan is an obstacle, one Portia has to get past. She’s made her choice and Portia is like, ‘No matter what, I’m moving forward with this.’”

In other words, it sounds like this is gearing up to be the fight of Portia’s life in order to clear her name. Watch this space. ​​Of course, General Hospital fans will have to tune in each and every day to find out what’s next for all of their favorite characters! Until then, let us know what you think by leaving us a line with your thoughts in our comments section below. General Hospital airs weekdays on the ABC network. Check your local listings for times.

Bernice Emanuel May 25, 2022
The Young and The Restless