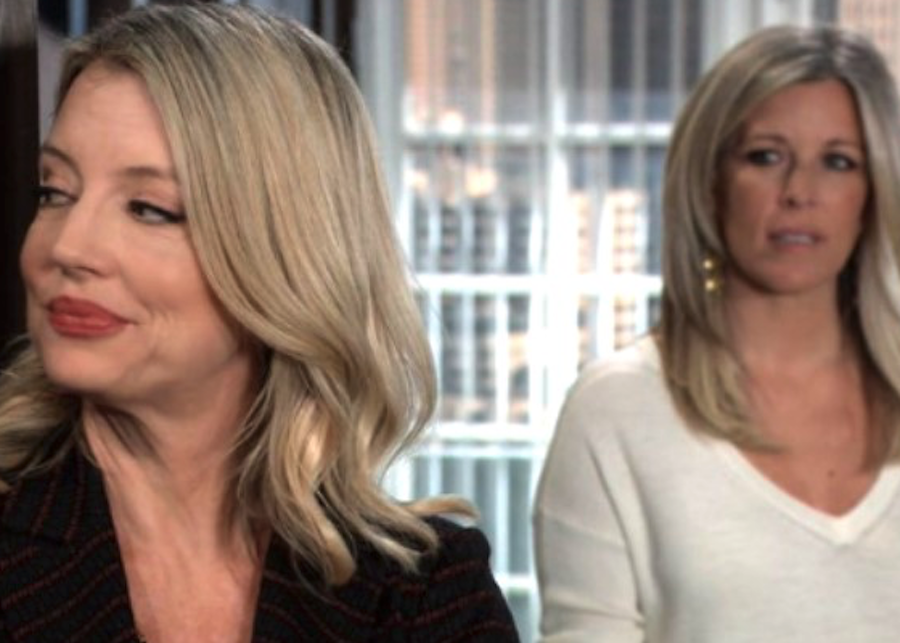 General Hospital spoilers say that while they make the unlikeliest of allies, Nina Reeves is has been trying to prove to Carly Corinthos that she’s not the horrible man-stealing person that she thinks she is. Well, so much for that! In fact, Carly is quite surprised when Nina reveals that she bought Carly’s half of the Metro Court. Here’s what you need to know.

Speaking to Soap Opera Digest in a new interview, actress Laura Wright, who plays Carly on the hit ABC soap, says that her character’s positive outlook changes when she finds out that it’s Nina who now owns half of the hotel. She puts it this way, “How yummy is this for Nina? It’s fantastic soap! Exactly what you think Carly’s response would be, that’s what is is. Carly is thinking, ‘I will never take a thing from you!’ She’s like, ‘You’re offering this to me so that I don’t take money from Sonny.’”

General Hospital spoilers say that after rejecting Nina’s proposal, Carly lets Drew and Olivia in on what she just found out. Drew comforts her when she admits that she’s feeling pretty lost in her life right now.

Laura adds, “She is shocked! She’s like, ‘Are you kidding me? This woman has my husband and my business? What just happened to my life?’ She has a moment where she’s like, ‘I don’t know what my life looks like without the Metro Court,’ But she’s not down and out. Never bet on Carly to be down and out!’

That said, it will be interesting to see what’s next for Carly. Laura added, “Carly is a fighter and I’m really interested to see where they go with this. Carly’s had the Metro Court for 15 years so not having it – and losing it to the woman who also has her husband – it’s a lot!”

The Bold and the Beautiful Spoilers: Finn Wakes Up To A Living Nightmare

Days of Our Lives News: Fans Are Begging For Robert Scott…

Bernice Emanuel Jul 17, 2022
The Young and The Restless