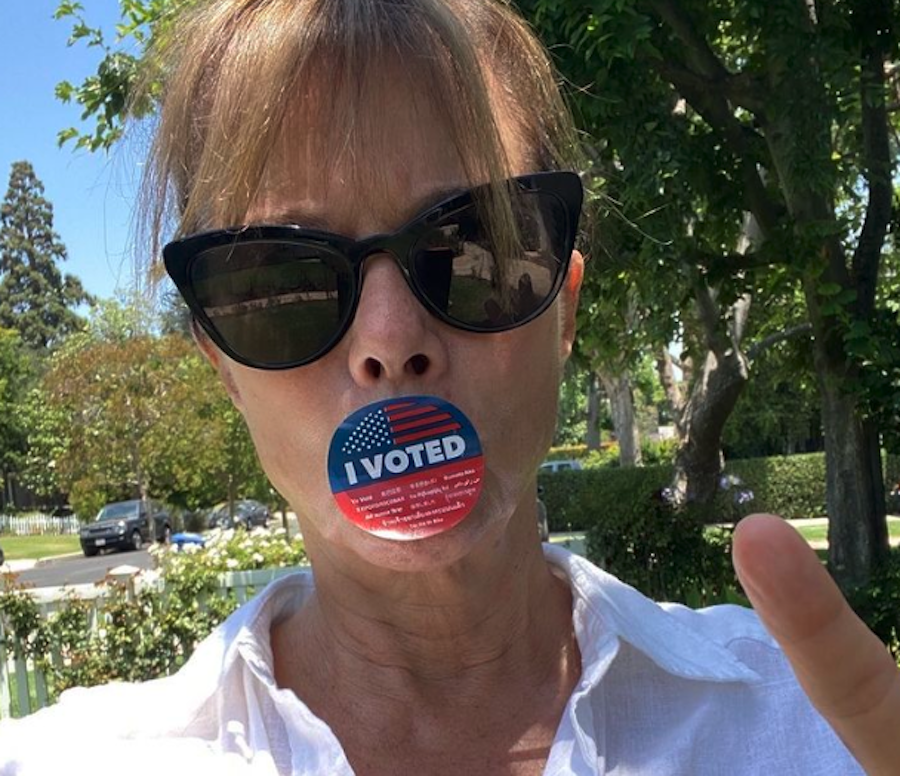 General Hospital star Nancy Lee Grahn is speaking from the heart. The actress, who is best known for her role as Alexis Davis on the soap, says that she feels “ashamed” to be an American. That’s because of everything that is going on in the country right now, including the Supreme Court’s decision to overturn Roe vs. Wade and the lack of gun control. Nancy says that she grew up in the same neighborhood that saw a shooting during a 4th of July parade on Monday. Here’s what you need to know.

Nancy wrote, “I’m the daughter of a soldier who served for years as an interpreter & cleaned up dead American bodies in Normandy that he never recovered from. I’ve never been more ashamed to be an American, and my soldier father would be so proud of me for posting this.”

If that weren’t enough, Nancy also wrote, “This is my home where the majority of Americans want gun control, reproductive rights, voting rights, environmental protections yet we have none of those things. I’m ashamed of the ppl in this country who voted for Republicans who’ve taken away the liberties.”

Of course, it didn’t take long at all for Nancy’s fans and critics to weigh in on the matter. Many of them responded to her tweets with, “Sadly, I agree. My father also served, never talked about it. I mourn the America I used to know. It wasn’t perfect, but it wasn’t the sh*tshow it is now,” along with, “As souls here on earth; @NancyLeeGrahn has figured out her purpose and is putting her purpose to work. If only we all knew our purpose and acted with strength, courage and grace to ensure fairness and rights are given to all.”

General Hospital News: Nancy Is Speaking From The Heart

Days of Our Lives Spoilers: Ron Carlivati Explains Eli And Lani’s Exit From The Show

Days of Our Lives Alum Tyler Christopher Has Another Problem…

Bernice Emanuel Jul 20, 2022
The Bold and The Beautiful