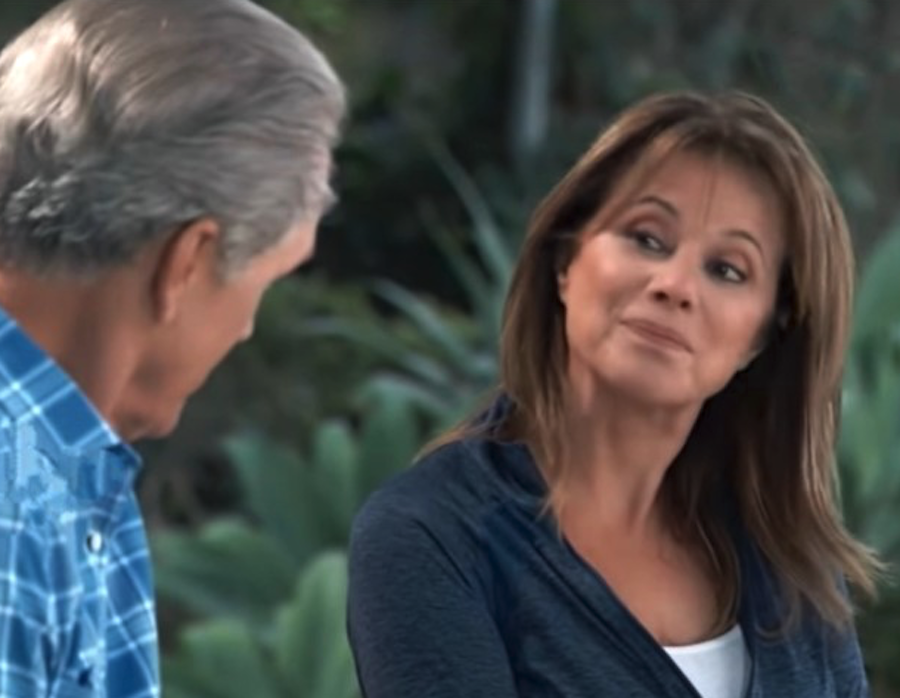 General Hospital spoilers say that there’s a possibility that these two might have finally agreed to disagree, or not. According to the latest edition of Soap Opera Digest, the dynamic between Alexis and Gregory has gotten hotter by the minute. That’s because their differing views on journalism is the reason why they are butting heads over an op-ed that he has written for The Invader. Here’s what you need to know.

According to the latest edition of Soap Opera Digest, actor Gregory Harrison, who plays Gregory on the hit ABC soap, offers, “Gregory has strongly held, black and white ideas about how things should be. And Alexis, she’s the editor of the newspaper, so she’s coming not from the theoretical world, but the real world and the day to day challenges of making decisions about what should be printed and how it should be approached and what’s a good story and what’s a fair story and all of that. That’s where the contentiousness [between the characters] comes from. And then you add, on top of that, a layer of a kind of chemical reaction to each other and I think that makes it really good.”

However, General Hospital spoilers also say that Alexis and Gregory make a bet. They allow their readers to decide who is the winner of their argument. Of course, that can work one out of two ways for Nancy. Either she’s going to love the outcome or she’s going to absolutely hate it and contest it. Harrison continues, “The wager is that if Gregory’s take, which is what he wrote about in his op-ed, gets more approval than disapproval, he will be able to have more input into the paper.”

That said, we have a feeling that this discussion won’t end, especially if the readers side more with Gregory than with Nancy. And when that happens, fireworks are going to go off for sure. Watch this space.

The Young and the Restless Spoilers: Tessa Is Desperate For Elena’s Help

Days of Our Lives Spoilers: Ben And Ciara Prepare To Start A New Life Together

The Bold and the Beautiful Spoilers: Krista Allen Opens Up…

Bernice Emanuel Jan 4, 2022
The Young and The Restless

Bernice Emanuel Aug 16, 2022
The Young and The Restless

The Young and the Restless Spoilers: Will Ashland Survives…