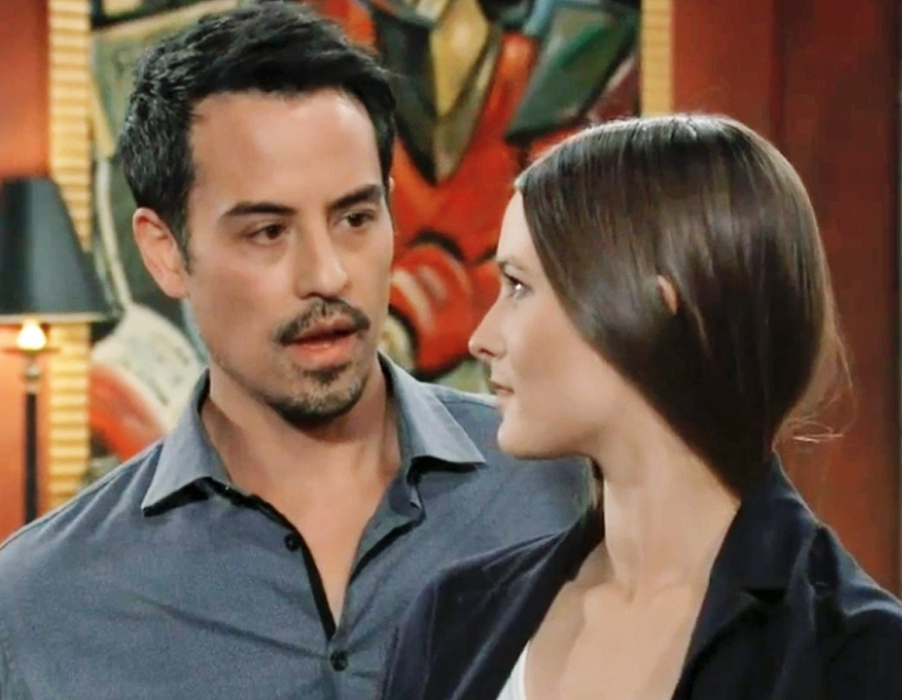 General Hospital spoilers say that Esme is taking her blackmail to a whole new level. In fact, it seems like Nikolas Cassadine is in for a rude awakening when Esme tells him that she wants something in exchange for her silence over their night of passion. Keep reading below for everything you need to know.

According to the latest edition of Soap Opera Digest, while going over his divofce with Scott and Ava, Nikolas is trying his best not to think about Esme and his guilt over what they did together. To make matters worse, Esme enters and is equally shocked to find out that Nikolas and Ava are actually calling it quits.

Marcus Coloma, who plays Nikolas on the hit ABC soap, puts it this way to the publication, “At first, he is just trying to get away from her. At this point, he knows that he is in a bad situation and in the sober calm of daylight, he’s just like, ‘How do I get out of this?’ He doesn’t necessarily want to get involved in anything that she’s got going on.”

General Hospital spoilers say that Esme is undeterred when Nikolas refuses to help and tells him that if he doesn’t do what she wants him to do, she’s going to tell Ava everything about what happened between them.

Marcus continues, “It’s just so twisted, but I think he finds it a tiny bit endearing. In the Cassadine world, manipulation and blackmail are kind of their stock-in-trade. He’s aware that she’s blackmailing him, but it’s familiar to him. He doesn’t react to it the way that you or I would react to it; I don’t think he even necessarily looks at it as a bad thing because so many loved ones have used this tactic. It’s weird.”

Fans will simply have to tune in to find out what will happen next! Let us know what you think by leaving us a line with your thoughts in our comments section below. General Hospital airs weekdays on the ABC network. Check your local listings for times.

Bernice Emanuel Jul 29, 2022
The Young and The Restless