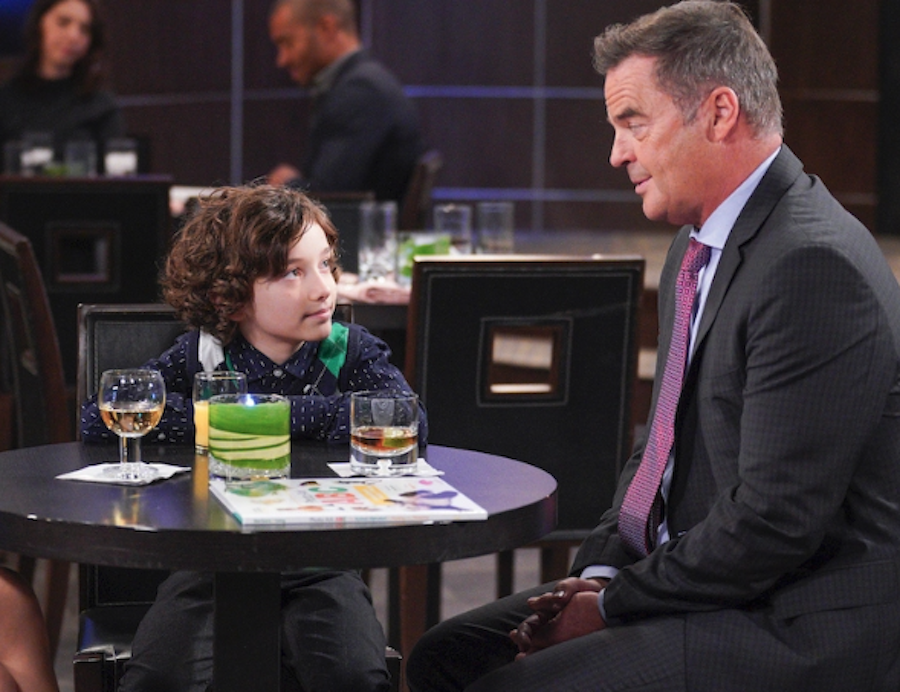 General Hospital spoilers say that Wally Kurth has nothing but praise for the soap’s autism storyline. But then again, this shouldn’t surprise anyone as the writers of the hit ABC show have tackled a whole lot of hard-hitting mental health storylines in the past several years. However, Wally says that this particular storyline with Leo’s autism is super meaningful to him as his own son, Brogan, is autistic. Here’s what you need to know.

Speaking to TV Insider in a new interview, Wally admits that the writers, along with General Hospital executive producer Frank Valentini have done a fantastic job so far. He said, “The writers knew about [Brogan and] Frank wanted to make sure how I felt about it. He wanted me to know that it was somewhat from my own personal experience that they were inspired to tell this story.”

Wally also says that he loves the fact that the show’s writing team have done their research.  “The writers… have done a good job at looking at Leos past, present, and future and designed, I think, a very accurate and truthful telling of a child who’s having to deal with [autism],” the Emmy nominee shared.

Wally also pointed out that the episode in which Leo disappeared from Ava’s art gallery just to head over to the waterfront hit home for him. “I’ve always felt that was so accurate,” the actor noted. “When Brogan was younger, he could just disappear. We were riding our bikes along the beach one day and he just wasn’t there.”

“I didn’t talk to the writers about Brogan’s water fascination, but I believe that water attraction is common,” Kurth explained. “I know when I talk to other parents who have autistic children that their children do like the water. He just naturally has this affinity for water. It’s amazing. He still swims in the ocean every day. Every day, I get to take him to the beach. It’s what I consider one of the gifts of autism.

The Bold and the Beautiful Spoilers: Steffy And Sheila To Become Best Friends?

The Bold and the Beautiful Ratings Are On Fire For Week Of April 11-15: B&B Tops Y&R Second Week In A Row

The Bold and the Beautiful Spoilers: Here’s How Sheila…

Bernice Emanuel Feb 25, 2022
The Bold and The Beautiful

The Bold and the Beautiful Spoilers: Is Thomas Forrester…

General Hospital News: Here’s Why Victor Cassadine Is That…

Bernice Emanuel Dec 9, 2022
The Young and The Restless

The Young and the Restless Spoilers: Chance Digs Deep Into…