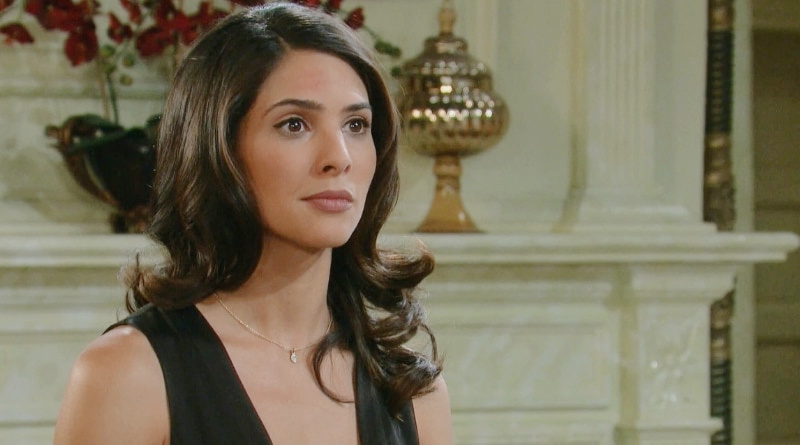 Days of Our Lives spoilers reveal that Johnny DiMera (Carson Boatman) and Chanel Dupree’s (Raven Bowens) marriage doesn’t last. After the new year, the couple splits and Johnny shows an interest in Gabi Hernandez (Camila Banus). However, Gabi uses the crush to further her own agenda. Will Johnny fall for Gabi’s scheme and could it cost the family DiMera Enterprises?

DOOL spoilers reveal that Johnny and Chanel think they are in love and will be together forever. They took the big step of getting married while vacationing in Italy. Even though they have only been together for a short time, Johnny and Chanel can’t understand why nobody is being supportive of their decision.

Unfortunately, it seems that everyone else is right. Head writer Ron Carlivati told Soap Opera Digest that the marriage goes into the new year with hope and promise. Shortly after 2022 begins, though, Johnny and Chanel part ways.

The scribe explained that when Johnny and Chanel part ways, they two end up turning to different people. Chanel goes to Allie Horton (Lindsay Arnold). Meanwhile, Johnny develops a crush on Gabi. This isn’t the typical crush, though. Johnny is of legal age and Gabi knows this. So, she uses Johnny’s interest in her to accomplish a specific goal that has nothing to do with romance.

Days of Our Lives spoilers reveal that Gabi doesn’t like being used by people. However, she has no problem using others. The head writer teased to the publication,

“In the aftermath of these blown-up nuptials, you see Johnny taking a sudden interest in Gabi, and Gabi and Jake [DiMera, played by Brandon Barash] realize that they might be able to use it to their advantage. The fact that Johnny has come of age and has shares of DiMera could fit into their takeover plan.”

Right now, Johnny is a decent guy who has already gone through one breakup. Not only is it cruel for Gabi and Jake to use Johnny’s heart to get what they want, but it could turn the character. It just might transform Johnny from a decent yet misguided young adult into a villain. Not to mention how EJ DiMera (Dan Feuerriegel) and Sami DiMera (Alison Sweeney) will react when they learn that Johnny’s just being used. This could not only reignite the war between EJ and “Jabriella,” but could destroy Gabi and Sami’s friendship.

What do you think is going to happen when Gabi and Jake use Johnny’s crush to their advantage? Will Johnny fall for the scheme or is he too smart for that?

The Bold and the Beautiful Spoilers: Sheila Makes A Move Against Brooke

The Young and the Restless Spoilers: Victoria Is Onto Billy – Will He Clue Her In?

British Royal News: The Royal Rota Is Calling Harry And…

Bernice Emanuel Aug 25, 2022
The Bold and The Beautiful

The Bold and the Beautiful Spoilers: Jack is Back In Search…