General Hospital Spoilers: Sasha Is Fighting For Her Baby Liam – But Does Brando Have A Point? 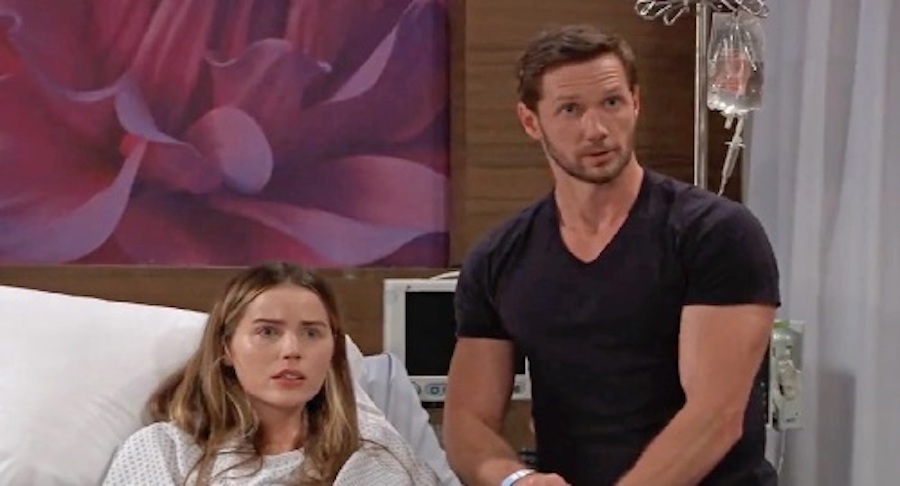 General Hospital spoilers say that Sasha Gilmore (Sofia Mattsson) is fighting for her baby Liam’s life, but it looks like Brando Corbin (Johnny Wactor) is trying to find the sense in it all. Keep reading below for all of the latest spoilers  you need to know.

General Hospital Spoilers: Sasha Is Fighting For Her Baby Liam – But Does Brando Have A Point?

General Hospital spoilers say that Sasha will tell Brandon that she’s not giving up on their son. However, Brando wants more information on what can be done from Britt. Unfortunately, she doesn’t have good information to share with him. That’s because Liam will never breath on his own and that he will need ventilation and round the clock care for the rest of his life.

If that weren’t enough, Britt suggests that they put their baby in a long term care facility, but Sasha is not having it. Britt tells the couple that she will try to do everything she can to find other options and alternatives for their child, but it won’t be easy. He won’t have the kind of quality of life that they would want for him.

General Hospital spoilers say that Brando believes there’s only one option, and that’s to take him off life support. Britt agrees but Sasha doesn’t want to hear it.

Needless to say, it didn’t take very long for viewers to weigh in on the storyline on social media. Many of them have commented with, “This Liam story is giving us some great acting from Brando and Sasha and Britt, but I’m ready to move on from it. I’m sick to death of the unending GRIEF on GH. This isn’t entertaining, it’s depressing,” along with, “Just give Sasha and Brando’s portrayers their awards now. Great scenes with them and Britt!”

And then there was this comment: “One would think this storyline would pull on my heartstrings but it doesn’t. I have zero ties to these two characters so I’m unable to find any emotions. I agree with others that these two characters and their story should have been given to characters we have an emotional pull with….And that wouldn’t be Michael and Willow.”

The Young and the Restless Star Melissa Claire Egan Opens Up About Chelsea’s Return – Does She Have A Chance With Adam?

Dani Lasher Dec 1, 2022
The Young and The Restless

The Young and the Restless Spoilers: Nick Has A Huge…

Bernice Emanuel Aug 22, 2022
The Bold and The Beautiful

The Bold and the Beautiful Spoilers: Sheila Might Turn Her…

Bernice Emanuel Mar 4, 2022
The Young and The Restless

The Young and the Restless Alum Shemar Moore Shares Exciting…