General Hospital Spoilers: Willow Has A Very Difficult Decision To Make – Will She Expose Sonny And Nina? 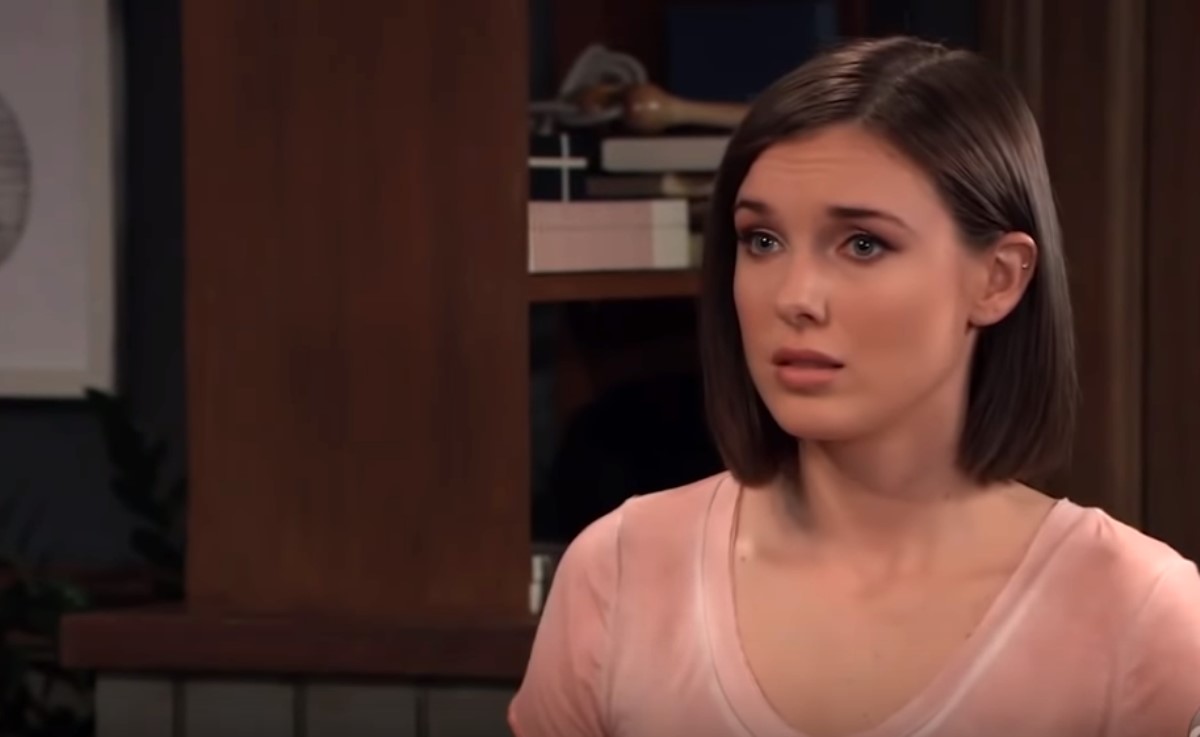 General Hospital spoilers say that Willow Tate (Katelyn MacMullen) has a big decision to make in the coming weeks. That’s because she knows all about Sonny Corinthos’ (Maurice Benard) and Nina Reeves’ (Cynthia Watros) not so secretive romance that occurred during Sonny’s amnesiac months. Now that’s something he surely would like to forget about, right? Keep reading below for all of the latest spoilers.

General Hospital Spoilers: Willow Has A Very Difficult Decision To Make – Will She Expose Sonny And Nina?

General Hospital spoilers say that Willow will do what she does best, and that’s head to the chapel to pray for Sasha and Brando’s son, who is currently in the NICU. But while there, she hears Nina and Sonny having a secret conversation. She also overhears Nina tell Sonny that Peter August (Wes Ramsey) has threatened to tell Carly Corinthos (Laura Wright) about their illicit relationship. Surely, the last thing that Sonny needs right now is for Carly to catch wind of what he was doing behind her back with none other than Nina, right?

For Willow, this is more information than she can handle right now. Speaking to Soap Opera Digest in a new interview, actress Katelyn MacMullen, who plays Willow on the hit ABC soap, puts it this way, “Willow overhears Sonny say, ‘Whatever happened between us in Nixon Falls, it has to come from me, and it will.’ And she hears Nina says, ‘I’ll never regret it. Our love is the purest thing I’ve ever known.’”

General Hospital spoilers say that Willow is in complete shock by what she’s just heard and also frozen as she’s listening to their conversation. Willow runs away from the scene and in her head, she wrestles with what she’s supposed to do.

Katelyn continued, “She is completely overwhelmed with having this information, because the family just lost Jason, they are grieving, everyone’s under a lot of emotional stress, so Willow is like, ‘Do I tell? Do I not tell?’”

The Young and the Restless Spoilers: Phyllis And Jack – Perfect Pair Or Perfectly Boring?

The Young and the Restless Spoilers: Chelsea Is Still Threatened By Sally

Prince William Is Scared To Talk To Prince Harry For This…