Days of Our Lives Spoilers: Is Brady Responsible For What Happened To Philip? 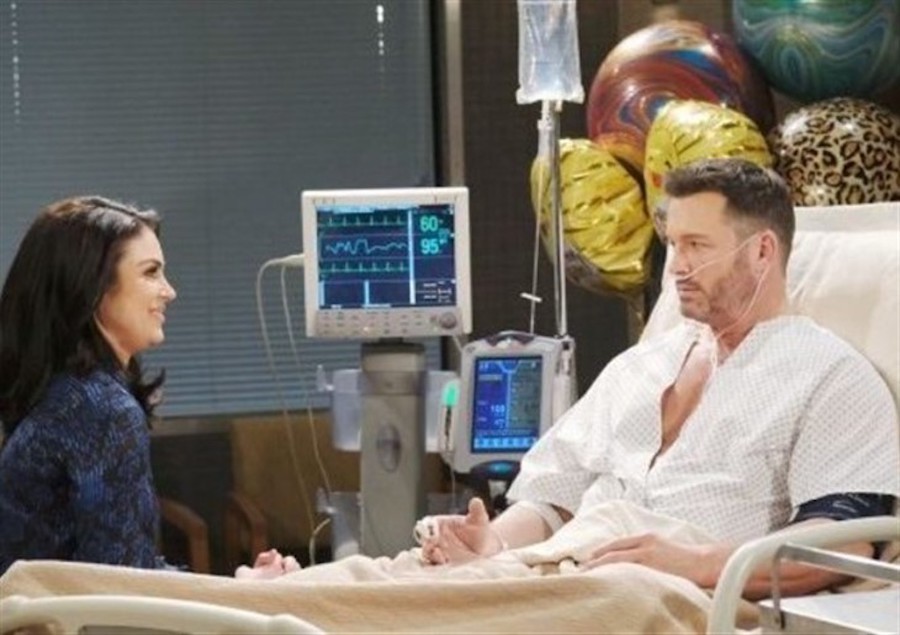 Days of Our Lives spoilers say that something must have happened to Philip Kiriakis (Jay Kenneth Johnson) with Brady Black (Eric Martsolf) being suspect number one in Salem right now. Keep reading below for all of the spoilers you need to know.

Days of Our Lives Spoilers: Is Brady Responsible For What Happened To Philip?

DOOL spoilers say that things aren’t looking very good for Brady when his body is discovered with a knife right beside it. Clearly, something was done to someone, but Brady can’t remember any of it. Chloe Lane (Nadja Bjorlin) finds him all bloodied up and maybe even a little drunk, too. However, he’s in a state of pure confusion and has no idea what had just happened. Everything for Brady is a blur until both he and Chloe realize that he doesn’t have any wounds, even though there’s blood all over him. That’s when Chloe asks Brady if he’s seen Philip. Brady of course says he has no idea where Philip is but Chloe keeps pressing and even asks about his phone. Brady tells her to check his pockets because clearly he doesn’t have it.

Speaking to Soap Opera Digest in a new interview, Eric Martsolf, who plays Brady Black on the hit NBC soap, puts it this way, “Brady is almost belligerent in his denial. He’s really frustrated. He’s been sober for a very long time and has worked very diligently on his sobriety. The idea that this would have happened and he would have no clue whatsoever is completely foreign to him.”

To make matters worse, Kayla says at the hospital that the blood type found on Brady’s clothes are not his. Chloe quickly realizes that the blood type is actually Philip’s and begins to worry that he might have been the victim of a horrible assault, thanks to Brady. Of course, the first person she points her finger is her ex.

DOOL Spoilers: What’s Next For Brady?

Eric continues, “Brady is very frustrated. Things look really bad and it’s driving a wedge into their newfound trust and affection for one another. It’s creating a giant obstacle in their relationship.”

Of course, DOOL fans will have to tune in to find out what will happen next. In the meantime, let us know what you think by leaving us a line with your thoughts in our comments section below. Days of Our Lives airs weekdays on the NBC network. Check your local listings for times.

The Bold and the Beautiful Spoilers: Sean Kanan Previews What’s Next For Deacon And Hope And Their Daddy Daughter Connection

The Bold and the Beautiful Spoilers: Brooke And Deacon Get Close Again – Has…

The Bold and the Beautiful Spoilers: Steffy Forrester Is Begging Katie Logan To Keep…

The Bold and the Beautiful Spoilers: Thomas Finds An Unexpected Friend In Paris

The Young and the Restless Star Michelle Stafford Has Some…

The Bold and the Beautiful Spoilers: Here’s Why Fans Haven’t…

Bernice Emanuel Jan 25, 2023
The Young and The Restless