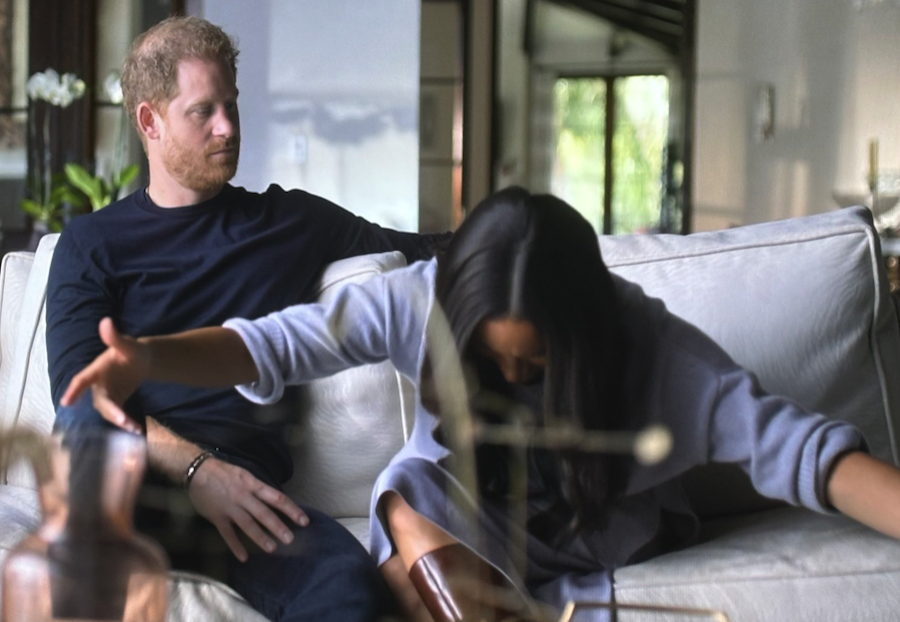 British Royal News says that Meghan Markle is getting slammed for mocking Queen Elizabeth with her exaggerated curtsy during the Netflix docuseries, Harry and Meghan. Here’s what you need to know.

During the first volume of the series, Meghan demonstrated how she was supposed to curtsy the first time that she met Harry’s grandmother, Queen Elizabeth. And let’s just say that the moment didn’t go down very well with her critics.

Of course, many royal fans and critics alike did not hold back when it came to that cringey curtsy already seen around the world. Many of them took to social media to comment with, “All of it so disrespectful! Watching early this am, I was shocked! But then again we are talking about Meghan. When they first met, obviously Harry was blindsided and look at the mess now! It’s only going to get worse. Ugh…Sad,” along with, “Look at where Harry is looking. She’s demeaning his grandmother and he can’t watch it. Yeah you bow to royalty in this country. One who served from childhood from her dying days. You wouldn’t understand respect because you have none. And your husbands face says it all. Good riddance.”

Another fan wrote, “What exactly is wrong with this woman? What an immature and toxic thing to do.  Many of@us honor the great traditions and decorum of the UK and Royal family.  This woman is not representative of many Americans who honor the late Queen. Meghan is a disgrace.”

And then there was this comment, “Everything about their story is really just the Meghan show. The addition of this new reality show really puts their history into perspective…how much she wants attention and how much she is the driving force in their need to speak their truth.”

General Hospital POLL: Will Sonny’s Family Ever Accept His Relationship With Nina?

Bernice Emanuel Dec 18, 2022
The Young and The Restless

The Bold and the Beautiful Spoilers: Hope And Liam Get It On…