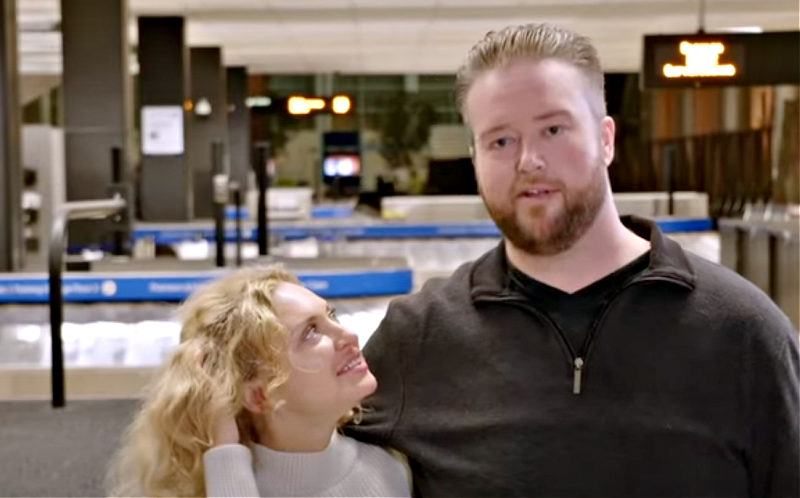 A lot has happened since 90 Day Fiance stars Mike Youngquist and Natalie Mordovtseva were once a happy couple sharing a home. Well, maybe not happy, but they did attempt to live together and start a life in Mike’s hometown of Seqium in Washington state. Now it seems, the couple may give it another go at their relationship following a shocking admission from Natalie, per a TLC preview for the series.

In an upcoming episode of 90 Day Fiancé: The Single Life, Natalie will tell Mike that she is still in love with him. Fans are surprised after seeing the teaser clip because Natalie may still be married to Mike but she has moved on, living her life in Florida.

Her confession comes after Natalie’s troubles with her love interest, Josh Weinstein, and Mike showing back up in her life. When it comes to Josh, the CEO of a modeling agency broke the news to Natalie that he isn’t interested in children.

Fans will recall, Mike and Natalie started to see the big differences between each other, from eating meat, drinking alcohol to religion and more, when they first met. But pushed through all of the fighting to marry.

Recently, Mike also helped Natalie’s mother, who needed to get out of Ukraine due to the country’s current situation. All of this has made Natalie rethink her marriage. Fans should be ready to see Natalie Mordovtseva return to Mike Youngquist’s home where she tells him she still loves him while bringing up the possibility that she could move in with him again.

A majority of fans of the 90 Day Fiancé: The Single Life have seen the writing on the wall however, when it comes to obstacles and the pair getting back together. As witnessed before, Mike’s mother Trish. Yes, Trish shows up at the worst time.

Next week’s preview features Trish, Mike’s mother, paying her son a visit right after Natalie makes her confession to her estranged husband. Historically, Trish and Natalie do not mesh well. But the two will reportedly sit down to talk when the series returns next Monday. November 21.

Be sure to catch up on everything happening with 90 Day Fiance right now. Come back here often for 90 Day Fiance spoilers, news, and updates.

General Hospital Spoilers: Trina’s Lies Catch Up to Her — and Rory Has Had Enough

The Bold and the Beautiful Spoilers: Carter Confronts Bill About Katie– Blasts Him For Making A Play For Brooke

British Royal News: Prince Harry Is Being Treated Like An…

Bernice Emanuel Sep 10, 2022
The Young and The Restless

The Young and the Restless Spoilers: Are Kyle And Summer…