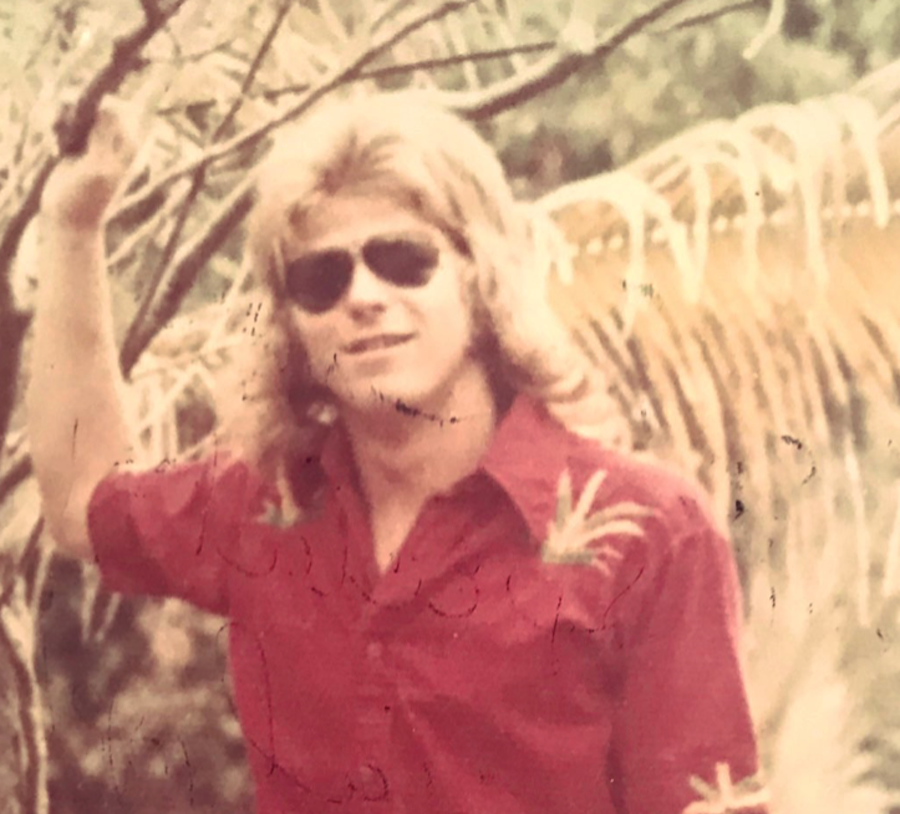 He’s bold, he’s beautiful, but he’ll also always be young and restless. And while he’s often told the story that includes the days of our lives, he’s spent many days and nights in General Hospital. If you still can’t guess who this handsome daytime television star was back in the day, we’ll help you: it’s General Hospital star Kin Shriner!

Kin recently shared the most epic of throwback photos on his Twitter account with this little blast from the past. He captioned his photo with, “I arrived back in La at age 20 looking like this . Platform shoes and marijuana  shirt and all.”

Of course, it didn’t take long at all for his fans and his followers to respond to his post. Many of them wrote on Twitter, “You still look great!  No one else could pull off that hair, but you rock it,” along with, “Always handsome and always where the fun is! Thanks for sharing this great photo. You have always been one of my favorites on General Hospital.”

Last year, Kin talked about some of his early days on the show and how he actually started playing Scotty while he was still in law school. Kin told Soap Opera Digest, “I went through law school on GENERAL HOSPITAL in two episodes! I remember sitting at Denny’s getting ready to go into the studio after having breakfast and a whole bunch of lawyers came up to me and said, ‘We watch GENERAL HOSPITAL, but you got to go through law school in two episodes and we’re working like dogs to try to pass the bar and it ain’t easy!’ So they were a little hostile that I had become a lawyer in two little episodes.”

General Hospital Fans Are Loving Kin’s Blast From The Past

That said, I think we can all agree that Kin was just as handsome back then as he still is now! It’s no wonder that he’s always been a fan favorite among General Hospital fans. The man is stud! Let us know what you think by leaving us a line with your thoughts in our comments section below. General Hospital airs weekdays on the ABC network. Check your local listings for times.

The Young and the Restless Spoilers: Eileen Davidson Opens…

Bernice Emanuel Mar 3, 2022
The Young and The Restless

Bernice Emanuel Aug 8, 2022
The Young and The Restless

The Young and The Restless Spoilers (Y&R) Victor Turns…