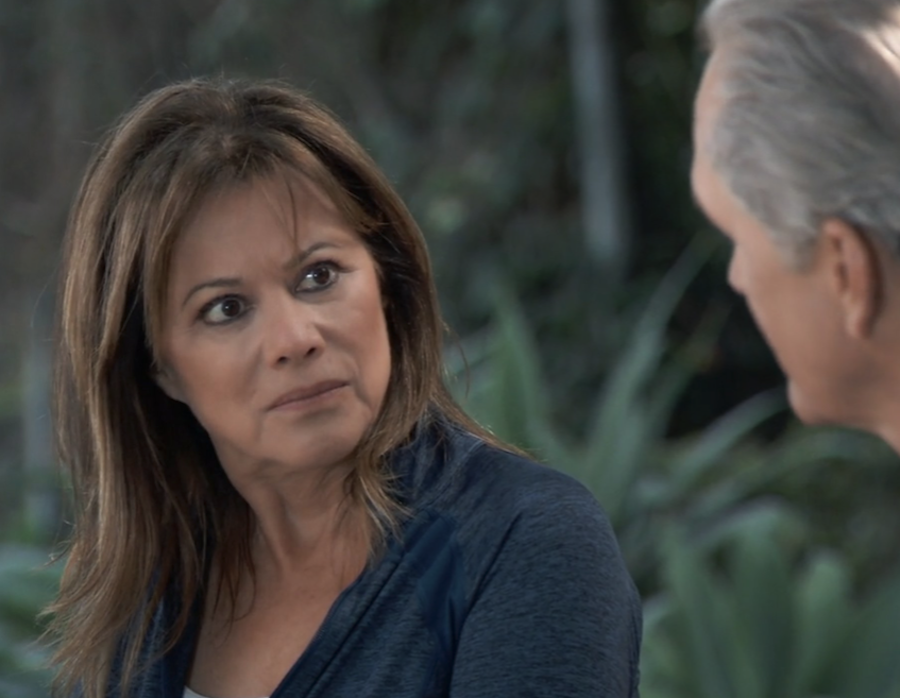 General Hospital spoilers say that when it comes to Nancy Lee Grahn, even her fans know that she likes to comment about everything and anything, which shouldn’t really come as a surprise at this point. The actress, who is best known for her role as Alexis Davis on the hit ABC soap, recently had something to say about a General Hospital promotional photo that featured her in it. Here’s what you need to know.

Nancy is someone who often likes to comment about world events, politics, or anything that might be a hot topic on Twitter on any certain day. While a lot of people often agree with what she says, others certainly do not. But when General Hospital shared a teaser for an upcoming episode that featured Alexis, Nancy commented on the Twitter post with, “Can I object to this photo? Does the person who thought this was a good snapshot hate me? Surely there was a better angle somewhere. One can only hope.”

Yikes! She also added, “Surely in the entire show Gregory & I did, there was a less awful capture of me. I don’t ask much, but as a woman trying to grow old gracefully while fighting 4 Democracy at the same time, there must have been 1 millisecond of a better lit, less jowly angle of me. Have Mercy.”

After her fans assured her that she looked absolutely fine (in which she did), Nancy followed up with, “It’s sometimes hard to know when Im being serious or sarcastically  obtuse. I was being silly. I embrace all of us, any shape, any size, jowls and all. I wear all of me with pride and gratitude. Just trying to lighten the overall sadness of the day.”

Well, if there’s anything that we’ve learned, that regardless if you love Nancy or you don’t, there’s no denying that you just can’t ignore her, right?

The Bold and the Beautiful POLL: Will Grace And Carter Hook Up?

Prince Harry Is Still Popular In The UK, According To Royal Experts

The Young and the Restless Spoilers: Nikki And Diane’s…

The Bold and the Beautiful Spoilers: Taylor And Sheila To…