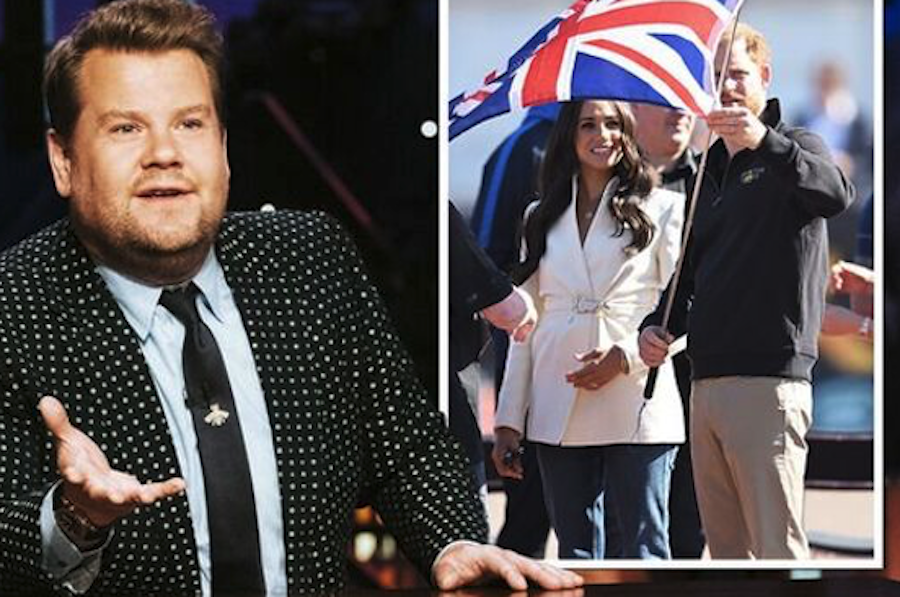 It sure is nice to have friends in high places, right? While this shouldn’t come as a surprise to many people, James Corden admitted that he’s close enough with Prince Harry and Meghan Markle that there children are enjoying playdates together. How sweet! Here’s what you need to know.

While speaking to The Sun, James confirm that he has indeed visited the Montecito Mansion in all its glory. He said, “I have. It was more a sort of play date scenario [with the kids]. Then we went out for dinner after, it was lovely. Obviously I’m not telling you any more. Obviously.”

The late night talk show also added that he has nothing but respect for Harry and Meghan. He said, “Look, I’m a huge fan of both of them. Obviously I know Harry better than I know Meghan but I think it’s really hard to judge, or be judgmental. People process things and deal with things in different ways and that’s OK, and it’s all right to think whatever you think about somebody. I don’t know if it necessarily needs to be voiced the whole time but my experience of them has been nothing but positive. I have a huge amount of respect and admiration for Harry, and anyone who has been around him and spent time with him would feel exactly the same way. I think he is a devoted and loving husband and father and I think what they have done [in turning away from royal life] is incredibly brave and I’ll always be in their corner. I have nothing but admiration and respect for them. I think it’s impossible to judge any of it really.”

And while it might seem like he’s Team Sussex at the moment, James also added that he would love to do a skit with Prince William and Kate Middleton in the future.  “I’m a big fan of William and Kate. I feel like they are going to be quite busy around the summer though, aren’t they? I think they have got quite a lot of other plans so I’m not holding my breath but they know where to find me . . .” he added.

The Young and the Restless Alum Shemar Moore Shares A New…

Bernice Emanuel Feb 21, 2022
The Young and The Restless

The Young and the Restless Spoilers: Here’s What Diane’s…

General Hospital Spoilers: Ingo Rademacher Might Not Get A…

Bernice Emanuel Nov 7, 2022
The Bold and The Beautiful

The Bold and the Beautiful Comings And Goings: Is Ashley…