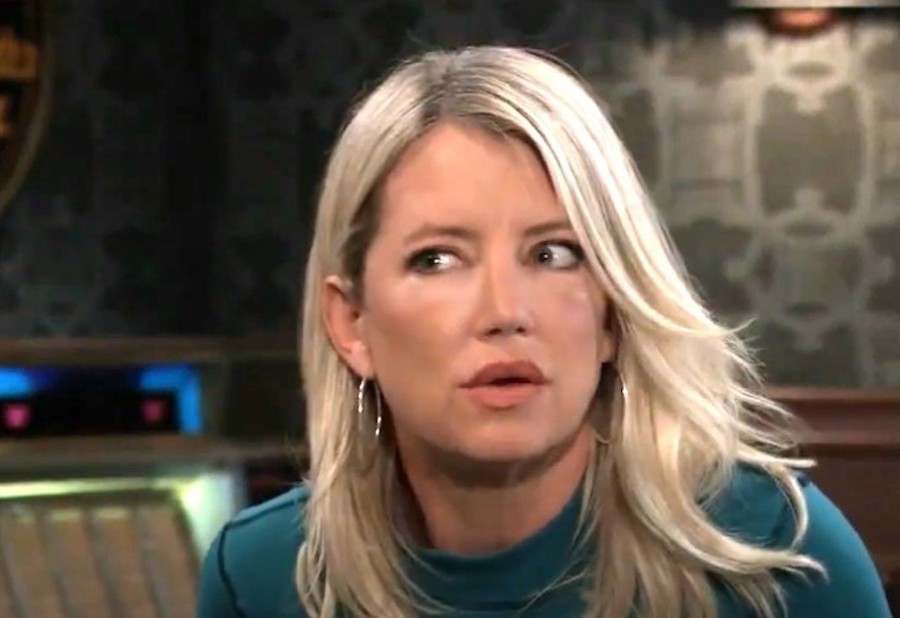 General Hospital spoilers say that Nina Reeves (Cynthia Watros) is taking matters into her own hands. She’s suing Michael Corinthos (Chad Duell) and Willow Tate (Katelynn MacMullen) for the right to visit with her grandson, Wiley. Here’s what you need to know.

During the latest episode of General Hospital, Nina told Sonny Corinthos (Maurice Benard) that she wants to be a part of Wiley’s life, for better or for worse, and that’s why she’s taking Michael and Willow to court. Sonny, of course, tells Nina that she completely understands where she is coming from and that eventually Michael will see it, too. Then again, getting served by your father’s girlfriend sure isn’t going to help relations between Sonny and Michael, either.

Of course, it didn’t take long at all for General Hospital fans to weigh in on the matter. Many of them wrote, “Does Nina’s legal case against them mean that Michael and Willow won’t be going to Paris after all? I was kind of hoping that they would leave and not return. Because you know whenever a soap character boards a flight, there is a good chance that they plane will go missing,” along with, “I don’t remember, did Michael do a DNA test on Wiley or was it since he shares the same heart issue as Wiley they all assumed he was the dad? I can’t remember if he did a DNA test after Nelle announced she was pregnant. Refresh my memory someone.”

General Hospital Spoilers: Sonny Shares Comforting Words Of Support – But Is It Enough?

Another fan wrote, “Not sure where this storyline is going but you do you Nina. My only concern with mama’s boy Michael trying to be master of his own domain is if he’d actually have to ask Carly how to do it. Or maybe he could just get Chase’s tip….er, tips from Chase.”

Of course, General Hospital fans will have to tune in for all of the action! Let us know what you think by leaving us a line with your thoughts in our comments section below. General Hospital airs weekdays on the ABC network. Check your local listings for times.

General Hospital Comings And Goings: Carly Corinthos To Be…

The Bold And The Beautiful (B&B) Spoilers: Katie And…