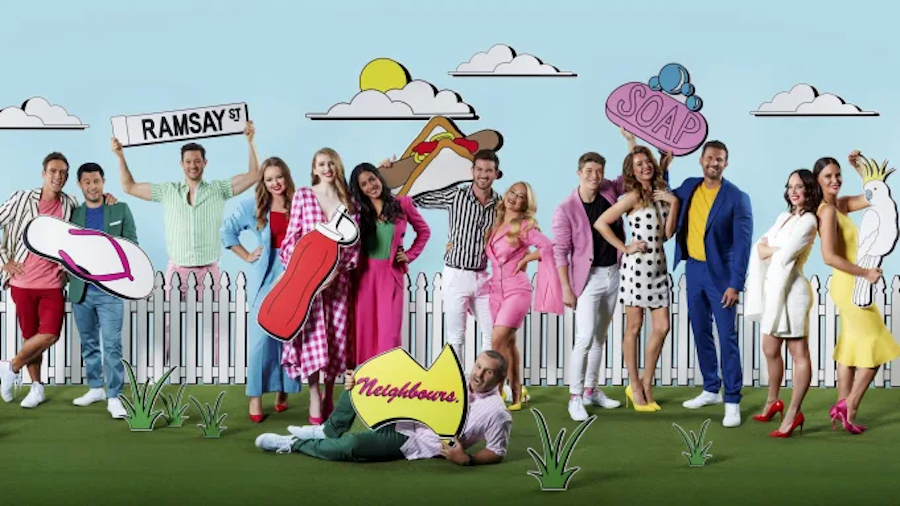 Say it isn’t so! There’s a new report that says Australian soap Neighbours will be canceled after the producers were unable to find a new home for the series to live in. Reports say that Neighbors had funding pulled from their UK broadcaster Channel 5 and is now having trouble relying solely on the investment from Australia’s 10 Peach. Here’s what you need to know.

“Despite an extensive search for alternative funding, we simply have no option but to rest the show,” said a statement this morning.

“To our amazing, loyal fans, we know this is a huge disappointment, as it is to all of us on the team. We thank you for all your messages and support and promise to end the show on an incredible high. From here on, we are celebrating Neighbours.”

Back in February, it was reported that the classic Australian soap opera, which started in 1985, was in danger of getting thrown off the air after the UK’s Channel 5 announced it would no longer air the program. In fact it didn’t take very long for ChA spokesperson for the channel said: “Neighbours will no longer air on Channel 5 beyond this summer. It’s been a much-loved part of our schedule for more than a decade, and we’d like to thank the cast, Fremantle and all of the production team for their fantastic work on this iconic series. We’d also of course like to thank the fans for their loyal support of Neighbours across the years.”annel 5 to confirm that the show will no longer air on the station “beyond this summer.”

As many fans probably already know, Neighbours has launched the careers of stars including Kylie Minogue, Jason Donovan and Margot Robbie.

Of course, many longtime fans have commented on the matter with, “Watching Neighbours is a highlight of my day. I will miss it so much. Please don’t cancel this wonderful show,” along with, “Well I won’t be watching Channel 5 anymore, I’ve watched Neighbours from day one, why put more reality shows on, instead of keeping an amazing soap.”

Another fan wrote, “I used to watch the show as a kid before graduating to Home & Away. I’d feel sorry for the cast if I didn’t know what massive houses they live in in real life. They really have been living like kings on a show that’s not even made for Australians anymore and only gets 100,000 Australian viewers per episode.

The Young and the Restless Spoilers: Eileen Davidson Opens Up About Her Incredible Soap Career

The Bold and the Beautiful News: Get To Know The Real…

Bernice Emanuel Dec 11, 2022
The Young and The Restless

The Young and the Restless Star Melissa Ordway Opens Up…