Days of Our Lives Comings And Goings: Fans Are Excited About Leo Stark’s Return To The Canvas 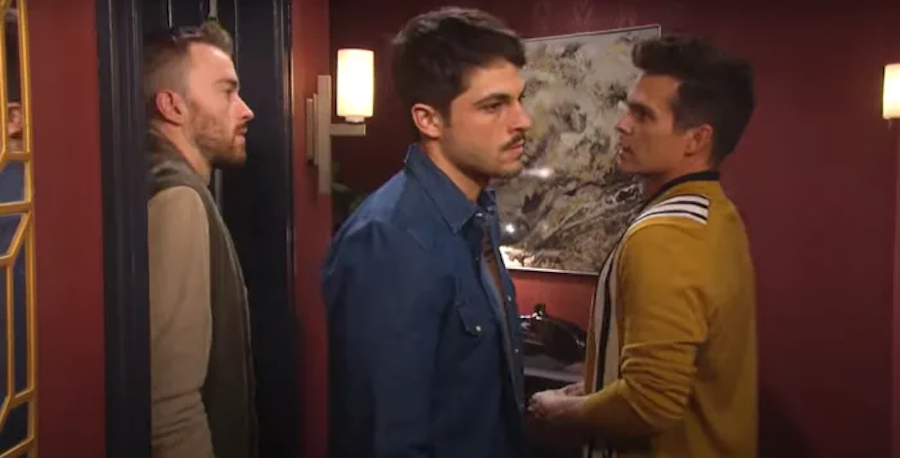 Days of Our Lives comings and goings say that fans sure have a lot to be excited about in the coming weeks. That’s because Leo Stark (Greg Rikaart) along with a host of other fan favorites are returning to the canvas. Here’s what you need to know.

Days of Our Lives Comings And Goings: Fans Are Excited About Leo Stark’s Return To The Canvas

Along with Leo, Sonny (Zach Tinker) and Will (Chandler Massey) will be returning home to Salem. In fact, a sneak preview sees Chad embracing his old pals. Now, as far as what they are up to is that fans want to know! With Leo back in town you know there is going to be lots of juicy trouble.

Of course, it didn’t take long at all for Days of Our Lives fans to weigh in on the matter on social media. Everyone is excited to see the boys back! Many of them commented with, “Love love love slimy Leo but also hope he’s not Craig’s new boyfriend. But are Leo and early Nancy really that different? It might make sense that Craig would fall for a schemer like Leo,” along with, “I’d love to see Chad seduce Leo. Even better I’d like to see Chad and Leo kiss even if it’s just a dream sequence. I don’t think the show would have the balls to do that. Plus it could forever suggest that Chad is bisexual which they may not want to do for various reasons. Chad is very touchy-feely with Will and especially Sonny. Maybe it’s something the writers will have Chad explore and have him maybe flirty with some of the male characters on the show.”

Days of Our Lives Comings And Goings: What’s Next For Leo?

Another fan said, “Not that it would stop the show’s writer, but it wouldn’t even make sense for Nancy to have catfights with Leo over Craig. Once somebody tells you that yours isn’t the sex they’re attracted to, the fight is pretty much over.”

Days of Our Lives Comings And Goings: Victoria Konefal Is Out

The Bold and the Beautiful News: Denise Richards Celebrates Her Birthday!

Bernice Emanuel Dec 20, 2021
The Bold and The Beautiful

Bernice Emanuel Apr 22, 2022
The Young and The Restless

The Young and the Restless Alum Alyvia Alyn Lind Says This…