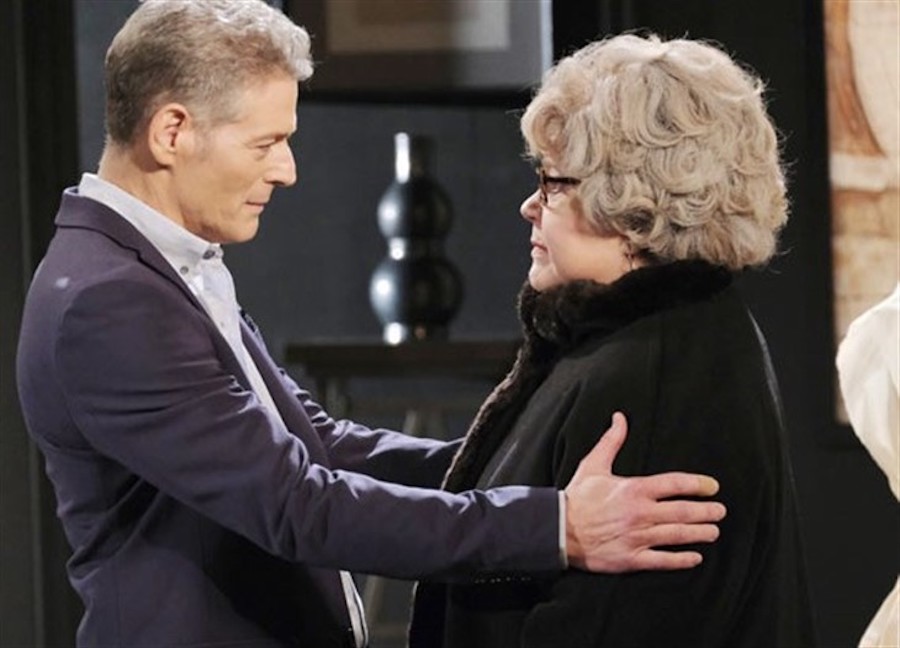 Days of Our Lives spoilers say that Nancy (Patrika Darbo) knew something was amiss in her marriage, and now she’s finally seeing the light. Her husband Craig (Kevin Spirtas) has been acting very weird lately and that’s because he’s been hiding the fact that he’s been having an affair behind her back. However, the truth is about to blow Patrika’s mind in more than one way because there’s more what Craig is hiding. Keep reading below for all of the spoilers you need to know.

Days of Our Lives Spoilers: Craig Sets The Record Straight With Nancy – Admits That He’s Gay

According to the latest edition of Soap Opera Digest, Craig will come clean to Patrika, but not totally. Of course, she’s not happy that he’s having an affair behind her back. Days of Our Lives spoilers say that after a heated argument with Craig, Patrika looks for her daughter Chloe Lane (Nadia Bjorlin) as she needs someone to lean on right now, a she still thinks that Craig is with a woman and she’s furious.

Speaking to the publication in a new interview, Patrika Darbo, who plays Nancy on the hit NBC soap, puts it this way, “She wants to know the truth, but she’s also a little nervous about hearing the truth. You can surmise something, but once it’s spoken, once it’s said out loud, it’s true.”

Days of Our Lives Spoilers: What Will Nancy Do Next?

Days of Our Lives spoilers say that’s when Craig tells her that he’s gay and that he’s in lvoe with a man. The news hits Craig like a ton of bricks. Patrika says that Craig has now destroyed Nancy’s entire life. She explains, “Nancy has come to the realization that they didn’t have a normal marriage. Yes, they have two beautiful children, but they were conceived wrong. I think Nancy’s furious and wants to kill him. At the same time, she’s also deeply hurt, because she and Craig have always told each other everything, and this is something that he should have told her a long time ago.”

The Young and the Restless Spoilers: Adam Is Ready To Walk Away From Newman Media Thanks To Victor

Days Of Our Lives Deidre Hall Pleads For Fans’ Support

Nicole Abasta Sep 2, 2022
The Young and The Restless

The Bold and the Beautiful Spoilers: Preview Week of…