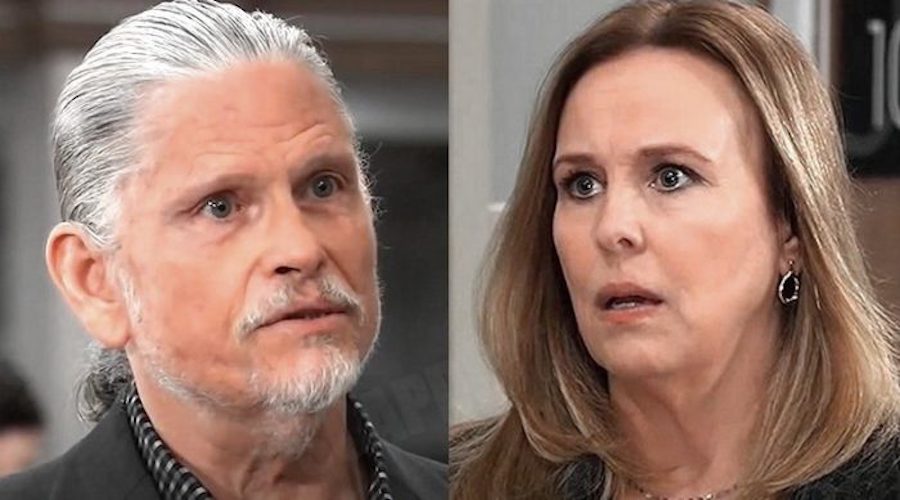 General Hospital spoilers say that this isn’t the kind of family reunion that Laura Spencer (Genie Francis) was hoping for, but one that she will have to get over with sooner rather than later. Before returning to Port Charles, Laura decides to head to the midwest so she can visit her brother Cyrus Renault (Jeff Kober), who is in jail. While there, she promptly accuses him of trying to kill her and their brother, Martin Grey (Michael E. Knight). Keep reading below for all of the spoilers you need to know.

For actor Jeff Kober, who plays the wicked Cyrus on the hit ABC soap, he says that he’s just happy to be back on the set of the show, and of course working with such a great and talented actress like Genie Francis. In an interview with Soap Opera Digest, Jeff had nothing but amazing things to see about his co-star.

He put it this way, “There is something that happens; we have this natural alchemy, it seems. We both trust each other as actors so completely that we let ourselves be fully present in the scenes and then the scenes just take themselves to wherever they want to go.”

General Hospital spoilers say that when Laura and Cyrus are finally face to face, he’s actually quite grateful that she’s there. That, and he’s also appalled that she thinks he tried to kill her. Cyrus goes on to tell his sister that he’s since found God while in jail and that he’s not the same person she thinks he is. However, it doesn’t look like Laura is believing it.

General Hospital Spoilers: Has Cyrus Changed At All?

Jeff continues, “She rolls her eyes a lot. She scoffs. She snorts with laughter. And then, by the end of if, I think she’s a bit befuddled, because she reads sincerity, but her radar is still saying, ‘Wait a minute! This snake.’ We had a lot of fun.”

With that said, Cyrus issues his sister a warning and tells her that she’s in danger. Now, whether or not Laura will listen to her brother and heed his warning, remains to be seen. Of course, fans will have to tune in to find out what will happen next!

Days of Our Lives Spoilers: Marlena’s Devilish Behavior Is Causing Problems For Belle And Shawn

The Bold and the Beautiful Spoilers: Taylor Confesses Her Love To Ridge – What Will Brooke Do?

The Bold and the Beautiful Spoilers: Steffy Steps In And…