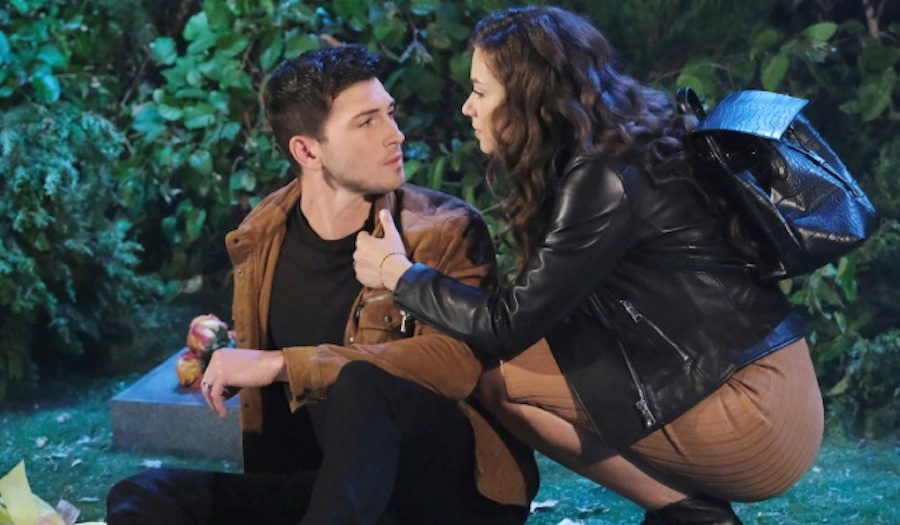 Days of Our Lives spoilers say that for those who were hoping Ciara Brady (Victoria Konefal) and Ben Weston (Robert Scott Wilson) were going to finally settle down and live the life they deserve, they might want to think again. In fact, actress Victoria Konefal says that CIN’s future will be anything but peaceful in the weeks ahead. Here’s what she has to say.

Speaking to Soap Opera Digest in a new interview, the beautiful brunette admitted that it was interesting for her to come back after taking a break from the show. “They wanted to lock me down on contract because they didn’t want to lose me. Because God forbid I book something else. But ultimately, they wanted to keep me as much as they could,” she said.

Days of Our Lives spoilers say that for now, Ben and Ciara have no idea that they are working with the devil – quite literally – as Marlena Evans (Deidre Hall) has managed to convince them that she needs their help. Little do they know though that Marlena has a plan to get her hands on Ciara’s baby once its born.

For Victoria, she feels both thrilled and honored to be sharing so much screen time with the one and only Deidre Hall.  “The devil is after me,” she marveled. “The devil is keeping me safe because it wants my baby.”

Victoria continued, “I’m so excited about the storyline. “I can’t wait for the fans to see what happens because we’re filming so far ahead, and it gets really unpredictable and crazy.”

DOOL Spoilers: What’s Next For CIN?

In other words, it sounds like things are going to get even more devilish than it already is. Will Ciara and Ben realize that they are quite literally working with the devil with Marlena? Or will Marlena manage to outwit them and snatch their baby the moment that he or she is born? Either way, it sounds like it’s going to be one wild rollercoaster ride before we even get there!

Of course, DOOL fans will have to tune in to find out what will happen next. Days of Our Lives airs weekdays on the NBC network. Check your local listings for times.

The Bold and the Beautiful Spoilers: Sean Kanan Is Working…

Bernice Emanuel Oct 7, 2022
The Bold and The Beautiful

The Bold and the Beautiful Spoilers: Brooke Comes Clean To…

Bernice Emanuel Feb 6, 2022
The Bold and The Beautiful

The Bold and the Beautiful Spoilers: Grace Threatens Carter…