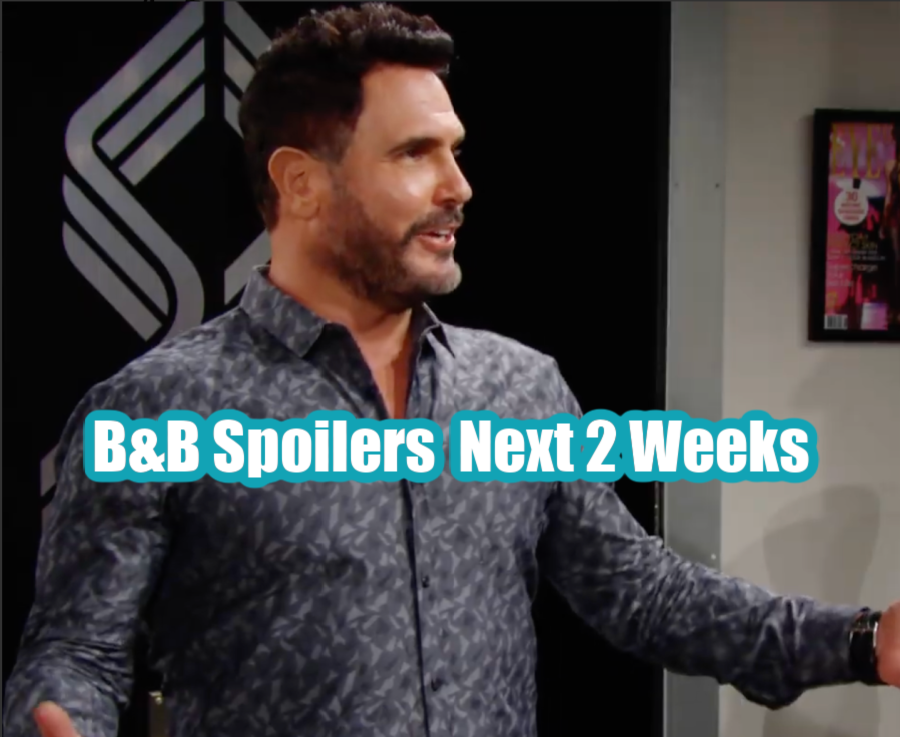 B&B spoilers reveal that “Bridge” and “Lope” are not the only ones that will have relationship issues during the week of November 29. Jack Finnegan’s (Ted King) lifetime of lies has caused John “Finn” Finnegan (Tanner Novlan) to cut his father out of his life. However, this only causes Finn to go in the opposite direction – right to Sheila Carter (Kimberlin Brown). It is teased that Finn will struggle with his commitment to Steffy Forrester Finnegan (Jacqueline MacInnes Wood), so be prepared for another “SINN” fallout.

Meanwhile, Thomas Forrester (Matthew Atkinson) is trying to move on from Hope. However, he became interested in someone who is already attached. Of course, we are talking about Paris Buckingham (Diamond White).

Ridge is determined to get Deacon out of Hope and Brooke Logan Forrester’s (Katherine Kelly Lang) lives. However, he isn’t having much luck. Ridge explodes when he finds Deacon inside Liam and Hope’s cabin. Deacon knows that he is banned from the Forrester estate, which the cabin sits on. However, when Ridge confronts Deacon, Hope and Brooke will show up. Ridge already expects some resistance from Hope, but will be flabbergasted when Brooke makes a powerful statement.

It is teased that Ridge will profess his love to Brooke, but he could end up with a broken heart. Brooke makes a decision and it could mean the end of “Bridge.” Yes, again.

The Bold and the Beautiful spoilers reveal that Hope will overhear Liam and Steffy plotting against Deacon. This sends Hope into a rage and she verbally attacks Steffy. Hope warns Steffy to stay out of her marriage. This is interesting since the tables have turned. It was just a few weeks ago when Steffy bashed Hope for interfering in her marriage to Finn!

Steffy and Liam’s scheming, along with Ridge making things difficult for Deacon will lead Hope to fight back. Hope makes a pact with Deacon and we have a feeling that it is directly connected to Brooke’s future.

During the week of November 29, fans can also expect Carter Walton (Lawrence Saint-Victor) to make a realization about his romantic life. It is teased that his future might not be with Katie Logan (Heather Tom), but could be with another woman on the canvas, but who? Is it Paris or will it be another lucky lady?

The Bold and the Beautiful Spoilers: Taylor Hayes Returns

During the week of December 6, Brooke will lash out at Ridge over his ultimatum to Hope. Despite this being good news for Deacon, Sheila won’t like it one bit. It seems that Sheila will be extremely jealous of the progress that Deacon makes. It is teased that Hope and Deacon will really make Brooke think about her future and which man is right for her. Of course, Hope and Deacon want Brooke to kick Ridge to the curb.

Meanwhile, Steffy and Thomas will try to support Ridge as his entire life falls apart. This is around the time that Taylor returns. Hunter Tylo was unavailable so the part will be played by Krista Allen.

Also, it is teased that Liam will turn to Bill for advice. However, will Bill actually help this time or just make things worse again?

Be sure to catch up on everything happening with B&B right now. Come back often for The Bold and the Beautiful spoilers, news and updates.

The Bold and the Beautiful Spoilers: The Forrester vs. Logan…

Bernice Emanuel Feb 3, 2022
The Young and The Restless