General Hospital Spoilers: Chase’s Intervention Leads Him Closer To The Truth – How Will Brook Lynn React? 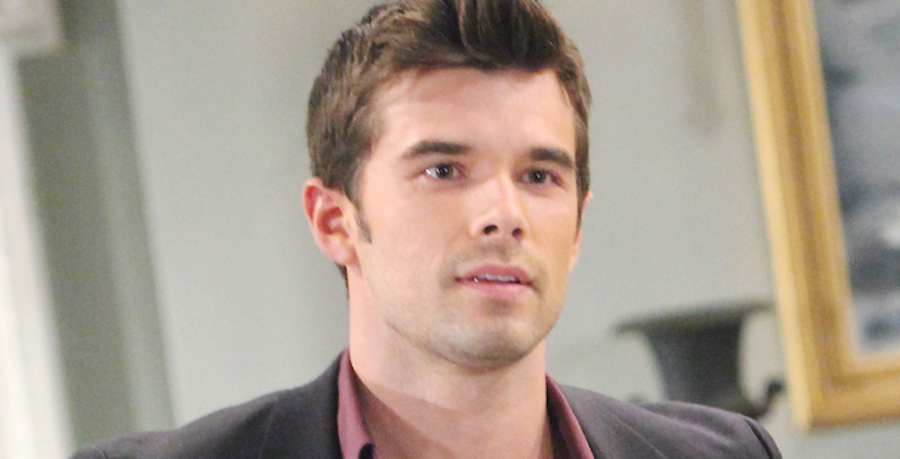 General Hospital spoilers say that Harrison Chase (Josh Swickard) has certainly been on the case and that his quick thinking and intervention has led him closer to the truth. Chase will take matters into his own hands after he figures out the secret that Maxie Jones (Kirsten Storms) and Brook Lynn Quartermaine (Amanda Setton) have been hiding this entire time. Keep reading for all of the latest spoilers you need to know.

General Hospital Spoilers: Chase’s Intervention Leads Him Closer To The Truth – How Will Brook Lynn React?

According to the latest edition of Soap Opera Digest, it doesn’t take Chase very long to figure out that Maxie   and Brook Lynn have been hiding a major secret about Bailey and Louise. This, of course, is going to set off a domino effect for everyone else that is emotionally involved, including Valentin Cassadine (James Patrick Stuart), for better or for worse.

General Hospital Co-Head Writer Dan O’Connor previews, “Chase puts the pieces together that Bailey and Louise are one and the same, while at the same time, Valentin is starting to realize that Brook Lynn has lied to him. Chase will make a desperate play to protect Brook Lynn’s secret and one that will also pivot them and their relationship in a brad new direction.”

General Hospital Spoilers: It’s A Mixed Back For Brook Lynn

However, General Hospital spoilers say that deep down inside, Chase knows this a secret that is worth keeping to himself. That’s when he decides to step in on Valentin and Brook Lynn’s confrontation and makes a statement of his own. Needless to say, it takes them both by surprise. For Brook Lynn, she’s not sure what to make out of all of this.

O’Connor added, “While she is eternally grateful for Chase stepping up to the plate and helping to protect Bailey/Louise, there are certain elements of Chase’s plan that she worries don’t present her in the most flattering way.”

So, does this mean that Brook Lynn will have to watch her back even more with Chase on one side of the truth and Valentin on the other? Maybe, maybe not. Either way, she’s got a whole lot of explaining to do. Needless to say, General Hospital fans will have to tune in to find out what will happen next! Check your local listings for times.

The Young and the Restless Spoilers: Victoria Makes Billy An Offer – Is This The End Game For Adam?

Stormy Elizabeth Feb 6, 2022
The Young and The Restless