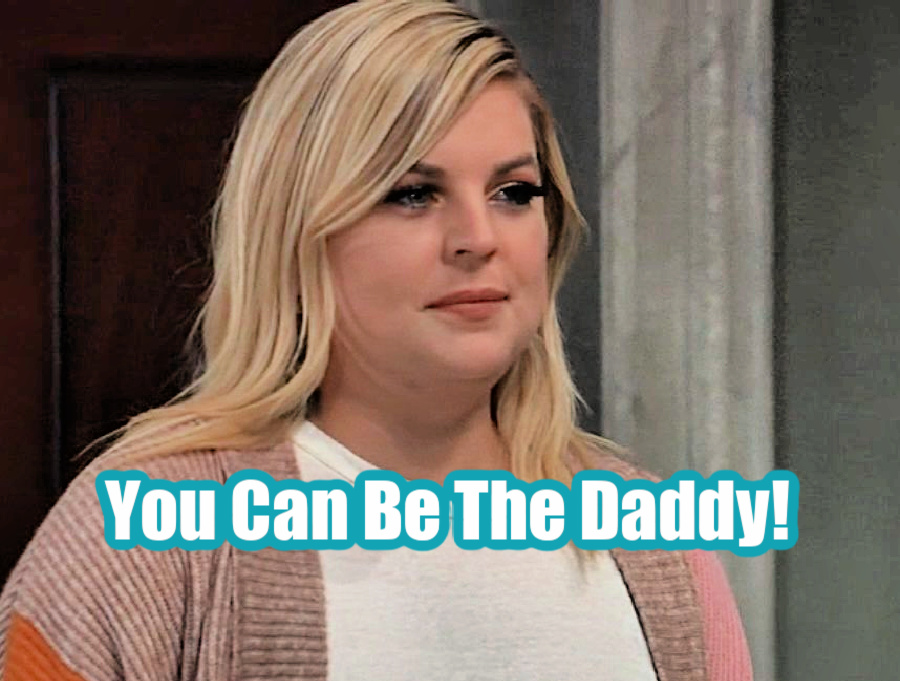 General Hospital – Maxie’s Secret Is About To Be Blown

General Hospital’s Maxie has been hiding her daughter Louise August (Odell-Diaz twins) since the day she was born. Maxie had to protect her child from Peter August (Wes Ramsey) at all costs. Maxie and Brooklyn Quartermaine (Amanda Setton) made this arrangement out of necessity. However, Maxie’s daughter has grown very close to Valentin and he loves her as his own.

Unfortunately, Gladys Corbin (Bonnie Burroughs) knows Maxie’s secret and Gladys doesn’t know how to keep her mouth shut. Gladys is holding this secret over Brooklyn’s head and the minute she doesn’t get what she wants, the secret will be out, if not before. Gladys loves to stir up trouble and will continue to do so every chance she gets. Can Brooklyn and Maxie find a way to keep Gladys quiet?

Valentin Will Be Crushed

General Hospital’s Valentin will be crushed when he finds out that he isn’t Bailey’s biological father. However, Valentin has protected Bailey from the beginning. Valentin may have forced Brooklyn to allow him to be in Bailey’s life, but he did it out of love for the child he thought was his. Bailey and Charlotte Cassadine (Scarlett Fernandez) are what have pulled Valentin through being shot. Losing one of his daughters could kill Valentin. Will Maxie allow Valentin to continue to act as her daughter’s father? How will Valentin react when he finds out he has been raising Peter’s daughter all along?

General Hospital’s Maxie knows that her daughter needs a father. Maxie also knows that Valentin has been the only father she has ever known. There is no reason to cut Valentin out of Louise’s life. If Peter gets killed Maxie may even ask Valentin to adopt her daughter so that she has the security of two parents. Valentin is in love with Maxie’s godmother. Anna would certainly vouch for Valentin as a parent. Maxie has seen how Valentin interacts with her child. Will Maxie try to limit the disruption in her daughter’s life and keep Valentin in it? Would Valentin agree to co-parent with Maxie?

Days of our Lives Comings and Goings: Evil and Devilish Halloween Returns

The Bold and the Beautiful Spoilers: Did Steffy Just…

Bernice Emanuel Jan 14, 2022
The Bold and The Beautiful

Bernice Emanuel Jan 21, 2022
The Bold and The Beautiful

The Bold and the Beautiful Spoilers: Hope Finds Out The…

The Young and the Restless Spoilers: Diane Makes A Huge…