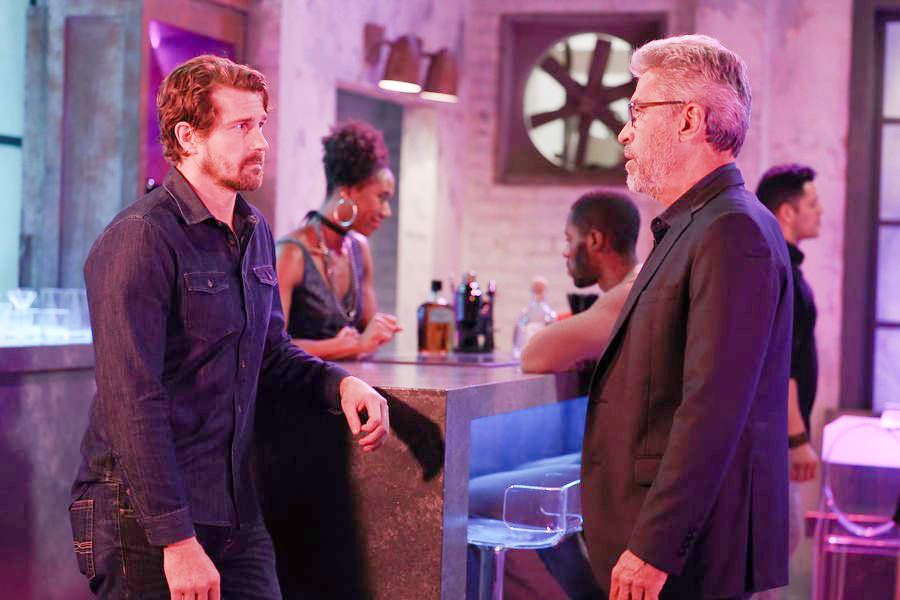 General Hospital spoilers reveal Cody Bell’s (Josh Kelly) life has been transformed since he parachuted into Port Charles — and into Britt Westbourne (Kelly Thiebaud). He came to town in pursuit of a $35 million necklace that was last known to be in Peter August’s (Wes Ramsey) possession, although the last legal owner was Leopold Taub (Chip Lucia).

Knowing the necklace would have to now be with Peter’s next of kin, Cody came to town intent on targeting Britt. Hoping to get into her inner circle as fast as possible, blackmailing Damian Spinelli (Bradford Anderson) into pairing him with Britt via Society Setups was the fastest path he found into Britt’s orbit. Now, he’s secured a friendship with the doctor, and she helped him get up the courage to get a paternity test and find out whether his father is Mac Scorpio (John J. York) or Leopold Taub). This was a hard step for Cody to take, because he wants the fortune that comes with the necklace, but he also wants a father like Mac.

Thanksgiving is upon Port Charles and everyone will be joining ranks with their families to celebrate the magic of being together over the holidays. For Cody, there is no family to be had. Sure, Mac is his father, but only he knows that. Since he decided the necklace was more important to him, he lied and claimed the paternity test showed Mac wasn’t his dad so that everyone would accept that Leopold was. Cody was conflicted the moment he made that decision, but it’s really going to sting this week as he looks around and finds he’s the only one without anyone to celebrate with.

GH Spoilers Indicate the Necklace May Be the PCPD’s

Cody might not be as close to grabbing ahold of that necklace as he had hoped either. While Britt is willing to fork it over soon, being that she believes it’s rightfully his, someone else has an interest in the necklace, too. Victor Cassadine (Charles Shaugnessy) recently overheard Britt talking to Cody about him being the rightful heir to it, and Victor isn’t about to let Cody get in his way. He knows he needs to gain access to the necklace, and that’s nearly impossible while it’s locked away in a safe deposit box. So he’s going to alert the authorities that the necklace contains remnants of the Ice Princess diamond, which may lead the PCPD to confiscate it for transport to the WSB. This could really put a crimp in Cody’s plans to become a wealthy man, but it may also render his entire ploy to deceive Mac completely useless.

The irony that Cody could lose the fortune before he receives it won’t be lost on him, and the holiday season is going to hammer home the feeling that the real fortune was never in dollars and cents anyway. Cody will feel more alone than ever this holiday season, even when the Scorpio’s invite him to Thanksgiving dinner. It’s just not the same when only one of them knows they are father and son. Will he come clean with Mac and tell him he actually is his dad? Let us know what you think, and keep checking back with us for more General Hospital news and spoilers as they become available.

The Bold and the Beautiful Spoilers: Is Douglas Forrester Going To Ruin Ridge And Taylor’s Wedding By Revealing The Truth?

The Bold and the Beautiful Spoilers: Finn Is Shocked When He…

Taylor Hancen Rios Nov 13, 2021
The Young and The Restless