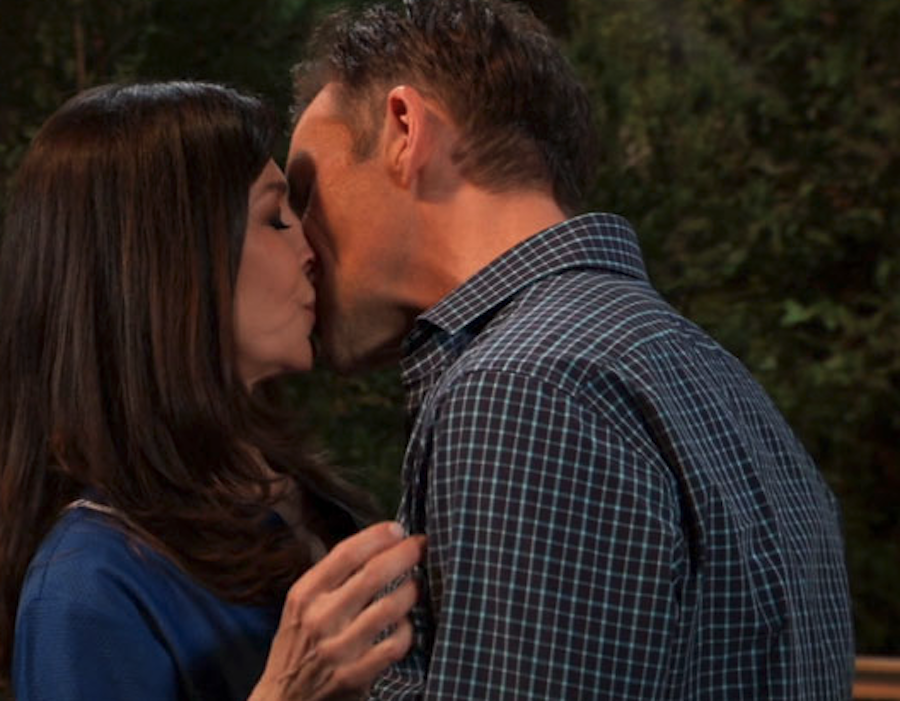 General Hospital spoilers say that Anna is getting some action and needless to say, that’s a good thing. The character’s portrayer, Finola Hughes, recently opened up about Anna’s romance with Valentin Cassadine, which a lot of fans know has been years in the making. Here’s what you need to know.

Speaking to Soap Opera Digest in a new interview, Finola dished about Anna’s first official date with Valentin. She said that if it were up to her, Anna and Valentin would have been getting it on a long time ago. The actress put it this way, “I met the writer [of that script] and she said she is a huge fan of Alfred Hitchcock, and so it was sort of a perfect storm to write these scenes and it really was a great double feature for Anna and Valentin to go and watch. It was good! At the end, I allowed Anna to look at Valentin as though she wasn’t 100 percent sure about [how truthful he was being].”

She also added, “I’m hoping the Valentin and Anna relationship all starts to kick into high gear. And I’ve got my fingers crossed for a ton of banter to come our way!”

Just recently, Anna and Valentin got busy under the sheets. Speaking to the publication in a new interview, James Patrick Stuart, who plays Valentin on the hit ABC soap, puts it this way, “I think this happens at the moment that they are the closest to each other that they have ever been and it’s time to explore. He’d made peace with the fact that it was never going to happen. That’s the irony of life, isn’t it? As soon as you don’t want it too much, you can have it, but if you want it too much, you’ll chase it away! I think having been through the loss of Nina and the loss of Bailey, and having Anna there with him for that, made him stronger and made him more ready to be available and not quite as needy. He put down his arms, he stopped chasing, and Anna came to him.”

General Hospital News: What’s Next For Anna And Valentin?

The Young and the Restless Comings And Goings: Fans React To James Hyde Joining The Soap!

The Bold and the Beautiful Spoilers: Sean Kanan Opens Up About Being Deacon Sharpe On The Small Screen