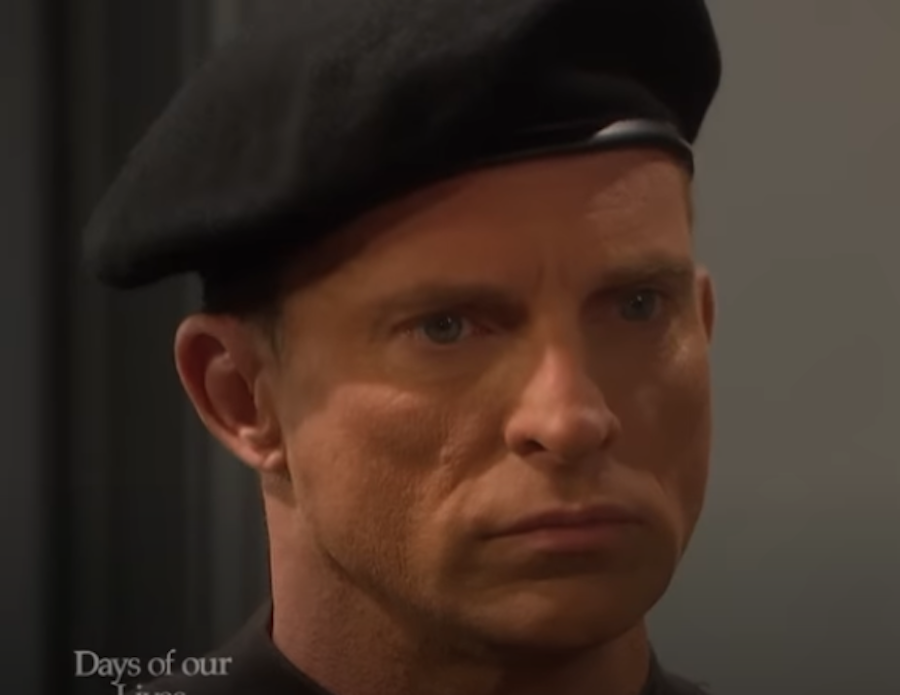 Days of Our Lives spoilers that fans are loving Steve Burton as Harris Michaels so much on Beyond Salem that they want him to join DOOL full-time. Here’s what you need to know.

There’s speculation that fans might see more of Steve Burton on the canvas in the coming weeks and months ahead and that’s always a good thing, right? Many fans have even weighed in on the matter on social media and have made comments such as, “Steve Burton is the best thing right now on daytime television. Days of Our Lives would be making a very huge mistake by not bringing him on full-time,” along with, “I think that Steve’s character Harris Michaels should travel the world on Beyond Salem but at the same time go back to Salem, too. The soap could sure use him because he’s on fire right now.”

Another fan wrote, “As much as I wanted to see Steve Burton back on General Hospital, I’m happy that he made the switch. I also love that he’s wearing more than just his all-black outfits like he did with Jason Morgan. Ron Carlivati and the Days of Our Lives writing team are sitting on gold right now and I hope they know it.”

Now, whether or not Steve is made a full-time cast member on Days of Our Lives remains to be seen but he did hint that he would be open to it. It’s just a matter of whether or not the producers of the show make it happen. When asked about the possibility in an interview with Deadline, the ator said, ““I don’t know. You really have to ask Ron Carlivati and Albert. From what I gather, Peacock’s happy with this, NBC’s happy with this. But if the opportunity’s there, sure. I never say never.”

Beyond Salem Chapter 2 Spoilers: What’s Next For Harris Michaels?

Of course, Days of Our Lives and Beyond Salem fans will simply have to tune in each and every day to find out what will happen next! In the meantime, let us know what you think by leaving us a line with your thoughts in our comments section below. Days of Our Lives airs weekdays on the NBC network. Check your local listings for times.

The Bold and the Beautiful Spoilers: Steffy And Finn Want A Start Fresh In Life

The Young and the Restless Spoilers: Nick Wants To Protect Victoria From Ashland

The Young and the Restless Spoilers: Sally Tells Adam That…