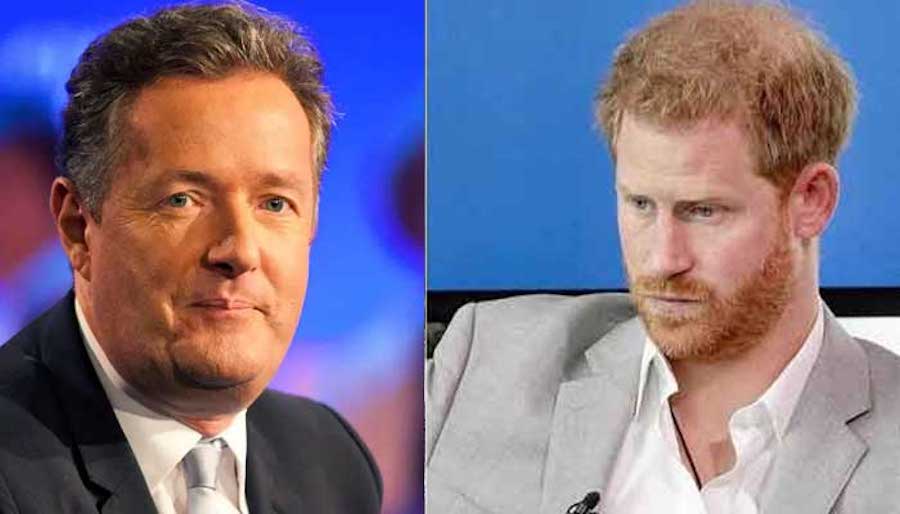 When it comes to Piers Morgan, a day doesn’t go by that he doesn’t have something to say about Prince Harry, Meghan Markle and all of their royal drama. While the British television host usually saves his most scathing criticisms for the Duchess of Sussex, he managed to shame her husband for missing out on his grandfather Prince Philip’s memorial service. Here’s what you need to know.

Prince Harry had made it clear that he doesn’t feel comfortable visiting the UK because of security reasons. He claims that he was chased by the paparazzi during his last visit to London during the summer of 2021 and doesn’t want to come back until security matters are taken care of.

Well, that excuse doesn’t sit well with Piers, who took to his Twitter account to write, “Imagine missing your mentor grandfather’s memorial service because you’re such a spoiled brat you’d rather sulk in your Californian mansion than be there to support your grandmother? Shameful.”

Of course, it didn’t take long at all for Piers’ social media followers to weigh in on the matter, too. Many of them wrote, “I thought perhaps at the last minute that he would fly in on a heavily armored helicopter and land on the Westminster lawn. You know, Tom Cruise style. Personally I’m glad he’s not there, it will be much better for everyone else’s “mental health.” along with, “To see the great grandkids there and for her majesty not even to see Harry’s two on this day is such a mistake. Worrying abt security when it must’ve bn one of the most secure events he could’ve ever attended. He will now have to live with it.”

Another critic wrote, “This event was for the public to SEE the family grieve + participate. It is also a great media opportunity for the royal rota + tabloids. A private funeral was held last year, which Harry DID attend.”

Bernice Emanuel Dec 16, 2022
The Young and The Restless

The Young and the Restless POLL: Should Kyle Reject Diane…