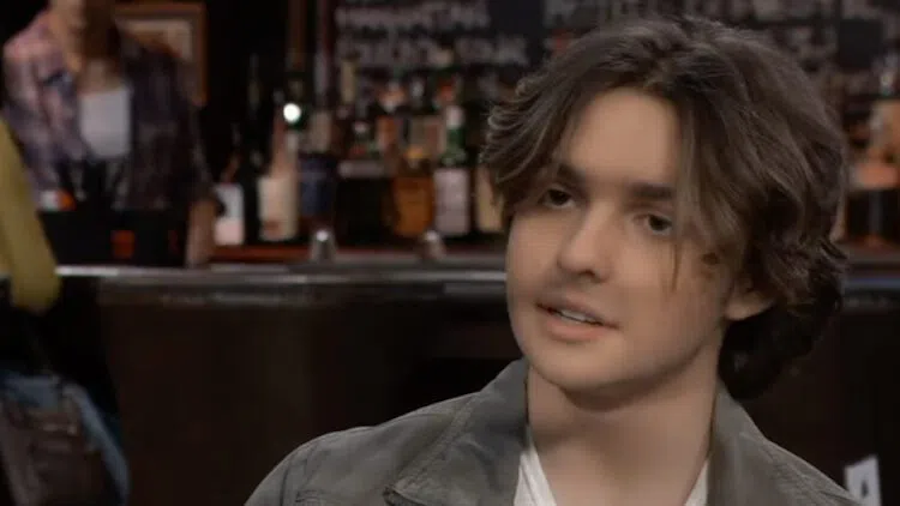 General Hospital spoilers say that if he looks familiar, it’s because he certainly is! Joshua Benard, who just happens to be Maurice Benard’s (Sonny Corinthos) son, has a new role in this fictional town of Port Charles. He plays Adam, a snarky classmate of Josslyn Jack’s (Eden McCoy). Here’s what you need to know about him!

Speaking to Soap Opera Digest in a new interview, Joshua made it no secret that he really likes his new character.  “I like characters that have a lot going on underneath them, characters that are intricate,” he says.

Joshua also said that working with Eden has been nothing but smooth sailing so far. “Eden’s great! Everyone was saying that we had great chemistry on-screen, and I think we do. I think she’s a great actress and it was cool working with her because it was free-flowing. With Eden, it was just easy. I just met her on set and we did it, no rehearsal, no nothing. It was very fun, very quick, and you have to get it [right]. You have to be on your toes; there’s no messing around!” he enthused.

That said, we can’t wait to see more of Joshua on the canvas! Let us know what you think by leaving us a line with your thoughts in our comments section below. General Hospital airs weekdays on the ABC network. Check your local listings for times.

The Young and the Restless Spoilers: Adam Newman Framed In Ashland Locke Murder?

The Young and the Restless Spoiler: Here’s What You Need To Know About Allie

The Bold and the Beautiful Spoilers: Steffy And Finn Have A…

General Hospital News: Lisa LoCiCero Opens Up About Her New…