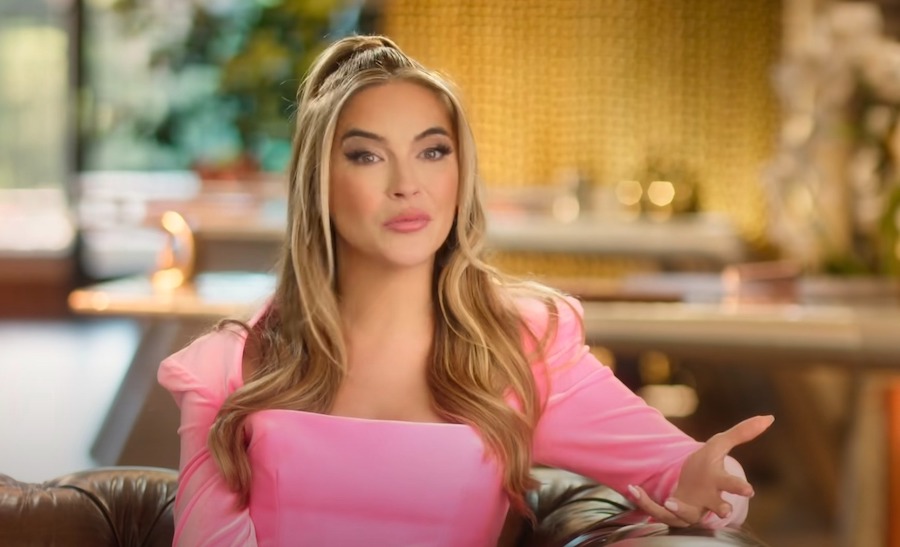 It looks like Days of Our Lives alum Chrishell Stause (ex-Jordan Ridgeway) has finally moved on in her life, and in a good way, too! The actress, who hasn’t been back in Salem for quite some time, has moved on in her love life with her Selling Sunset co-star Jason Oppenheim. She recently opened up about the possibility of getting married again and maybe starting a family with her new love. Here’s what she has to say.

As many fans can recall, Justin Hartley pulled the plug on his marriage with ex-wife Chrishell Stause back in November 2019. Chrishell says that she was completely blindsided by the move, as everything seemed to be okay in their relationship.  But thankfully, she’s now found new love with Jason. According to Page Six, Jason couldn’t help but gush over Chrishell and their relationship. “Oh, I love her, yeah,” he said, adding, “We’re really happy together, so, I mean, the spotlight is whatever. It doesn’t bother me that much. I don’t tend to read much in the way of comments or articles.”

But when asked whether he is thinking of tying the knot with Chrishell, he said: “I’m just going to keep all that between us.”

Back in July, Jason told People Magazine in an interview that he seems to be “very happy” with Chrishell, who just happens to be his co-star and his employee. He told the site, “Chrishell and I became close friends and it has developed into an amazing relationship. I care about her deeply and we are very happy together.”

Chrishell recently said that both she and Jason have been very open in their discussion about starting a family together, too.

“I think that that’s why it works so well and our communication is very open and honest. There’s no conversation that we haven’t had at this point,” she told Today in November 2021.

We definitely wish Chrishell all the best and hope to see her on daytime television very soon! Now, as far as what’s next for her remains to be seen, but we will definitely update you with all of the latest details as they come in!

The Bold and the Beautiful Spoilers: Is Ridge Getting Back Together Again With Taylor?